The London club confirmed this on its official website on Saturday. 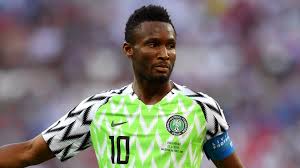 The announcement was made during the club’s celebration of Mason Mount, who made his 100th league appearance for the English club against Arsenal on Wednesday.

The England star was only 23 years and 100 days old when he achieved the milestone for the Blues, but that’s still only enough to make him the fourth-youngest player to reach the landmark.

Chelsea on its website confirmed that former Nigeria midfielder Mikel became the club’s youngest centurion when he was 22 years and 291 days when he started for the Blues in a 2-0 win over Arsenal on February 7, 2010.

“The youngest player to reach a century of Premier League appearances for the Blues was still two months shy of his 23rd birthday when he brought up the milestone in a 2-0 win over Arsenal,” the club wrote.

“That was a familiar theme of the Nigerian midfielder’s time at Chelsea, as we regularly got the better of the Gunners.”

He made a total of 249 appearances for the Blues before quitting in 2017.