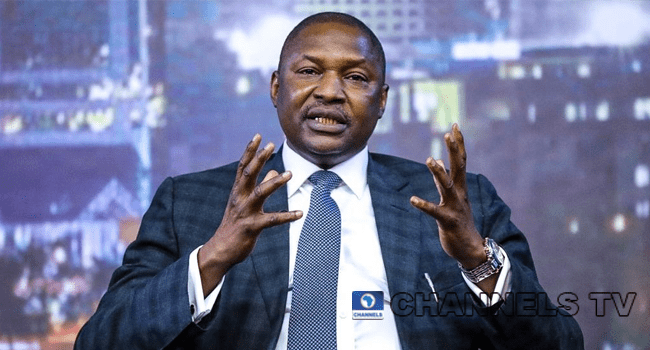 The Federal Government has launched a central database for the management of recovered looted assets.

Minister of Justice, Abubakar Malami, during the launch on Thursday in Abuja, said all the assets that have been recovered by the Federal Government are now tied to specific projects.

The launch was witnessed by officials from government agencies including the Economic and Financial Crimes Commission (EFCC), Independent Corrupt Practices Commission (ICPC), and the Federal Inland Revenue Service (FIRS).

ICPC Chairman Professor Bolaji Owasanoye said it is important all anti-corruption agencies are digitised and integrated for easy access.

He adds that the idea of the central database system is to ensure that all anti-corruption agencies harmonise all recovered assets.

The Attorney General of the Federation and Minister of Justice had earlier in December 2019 told journalists in Abuja that a central database will be created for the management of recovered assets stolen from the country.

He stressed that the war against corruption in the country by the President Muhammadu Buhari-led government is devoid of any political or ethnic sentiments.