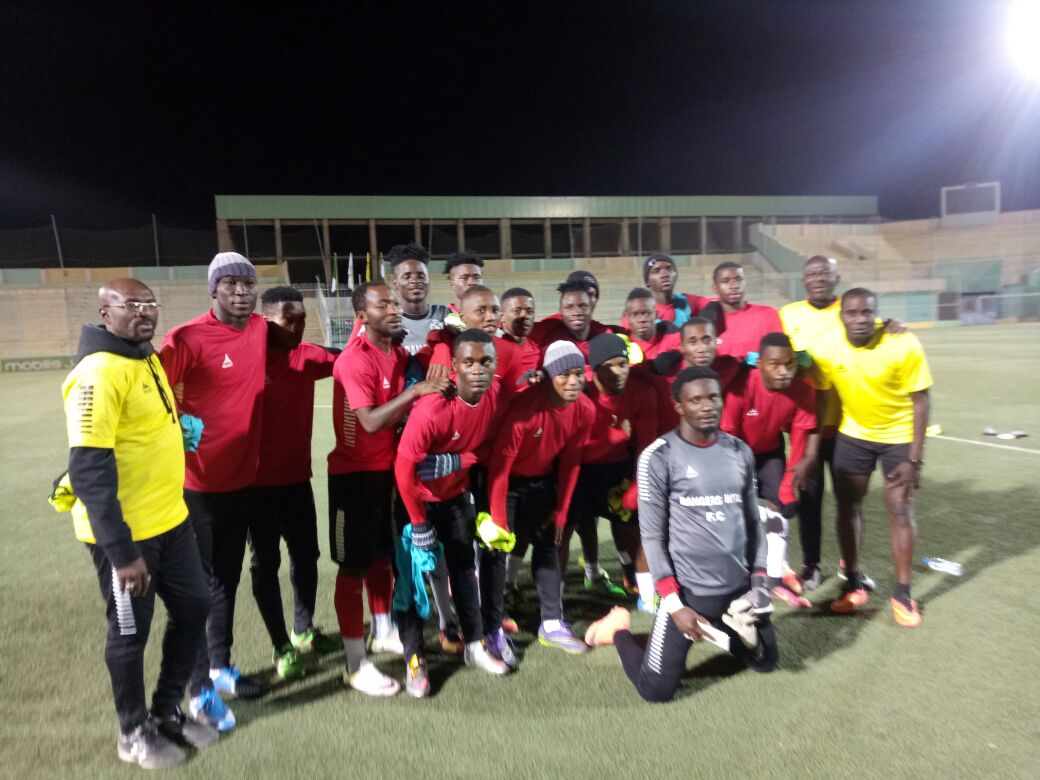 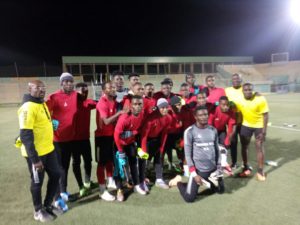 Players and management of Rangers International Football Club have declared themselves ready for the crucial CAF Champions League preliminary round first game against JS Saoura of Algeria. The team led by its CEO, Christian Chukwu trained on Wednesday night after arrival in the city of Meridja.
The match between the Nigerian Professional Football League (NPFL) champions and their Algerian counterpart is billed to kick off 7pm Nigerian time on Friday at the August 20 Stadium, Meridja, Becharin in Algeria.
According to Opta Nigeria Rangers are bookmarkers’ favourite to advance to the next round, having won more #CAFCL matches against Algerian teams than teams from other countries – joint with Angolan teams.  “75% – @RangersIntFC have a better win% against Algerian teams than teams from other countries they have faced in the #CAFCL (4+ matches)”, Opta Nigeria ‏tweeted via @OptaNGR.
Nigeria’s second CAF Champions League representative, Rivers United Football Club, is also in Bamako, Mali ahead of Saturday’s crunchy game against AS Real Bamako. The Port Harcourt based club were reportedly in high spirit as they underwent the final phase of their preparation for the match.
By Olisemeka Obeche