Buhari warned against criminality in NDDC 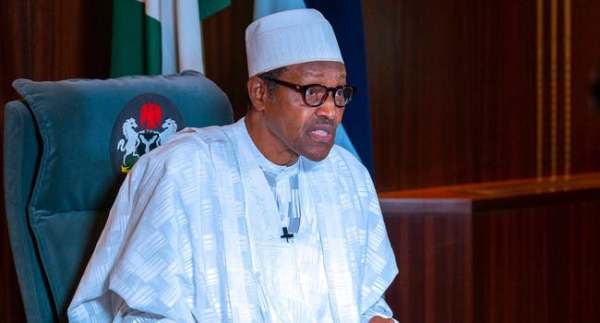 A group, Transparency and Accountability Advancement Group, has called on President Muhammadu Buhari not to allow the alleged criminality of the Interim Management Committee of the Niger Delta Development Commission to continue. A statement by its National Coordinator, Comrade Damian Nwikinaka, recalled that a litany of serious infractions and malfeasance had been investigated and established against the IMC, including the one by the Senate Adhoc Committee which probed the expenditure of over N80 billion in the space of nine months.

Noting that despite the fact that the committee’s report indicted the IMC for corruption, financial recklessness and mismanagement, President Buhari had continued to act like he was comfortable with the IMC alleged corruption.

The group said, “Two months after they were adopted, none of the resolutions of the Senate which were based on the Committee’s report, including the demand that the IMC be disbanded and its officials refund N4.923 billion, have been implemented despite an earlier statement by the president to consider the report, making Nigeria and Nigerians a laughing stock in the international community, especially for millions of people who watched the public hearings where IMC officials admitted to corrupt acts.

“President Buhari must be wary of his legacy because if he continues to fail to act on the Senate report and other reports of corruption perpetrated by the IMC, it will be said of him that this was the president who made anti-corruption speeches but condoned corruption by his appointed officials. It is not a flattering epitaph for an administration that professes zero tolerance for corrupt practices. We demand that the president acts on the corruption by the IMC at the NDDC without further delay.”

The group also noted a petition by a Niger Delta monarch alleging fictitious contracts by the NDDC in his domain.The statement read: “We want to draw the attention of Nigerians to the recent petition by a traditional monarch in Ondo State protesting the payment made by the Interim Management Committee of the Niger Delta Development Commission for fake contracts allegedly executed at his community. This petition validates what whistleblowers have been saying about the corruption, financial recklessness and mismanagement among other dubious practices going on at the Commission in the last one year since the IMC was surreptitiously appointed.

“As reported in the media, the Olu of Igbokoda in Ondo State disputed the contracts for which the IMC has processed payments as unveiled by the whistleblower Kolawole Johnson of the Act for Positive Transformation Initiative recently. The said payment is in respect of desilting and re-channelling of river projects in Igbokoda but the Olu of Igbokoda has said no such contracts were executed in his community. Recall that payments for desilting contracts have run into billions of naira since the IMC was appointed. The IMC has obviously been employing the names of several communities and fictitious rivers and coastlines to execute what is clearly a well executed scam. The contracts at Igbokoda were awarded at a cost of N634,761,500 each, totalling about N2.5billion, payment of which has been processed by the IMC.

“In the petition addressed to The Presidency and the House of Representatives Committee probing the NDDC IMC, the traditional ruler said that the contracts were not known to them.He made it clear that the places of the so-called contracts do not even exist in the community.According to the petition signed by the Palace Secretary on behalf of the Olu: “It may interest you to know, Sir, that there is no river in Igbokoda called Temetan Creek that they claimed gulped the whopping sum of N634,761,500.00 (six hundred and thirty-four million, seven hundred and sixty one thousand, five hundred thousand naira).

“A close look at the petition shows four different locations at the same price each were executed. It means on Igbokoda alone, over N2.5 billion was siphoned by these dubious claims. I am therefore asking the NASS to compel the NDDC and the contractor to come to show where, when and how were the jobs in Igbokoda done. I dare say it is a fraud and an unfair treatment of my people who had been extremely short-changed by the contracts.”

The group said the protest by the Igbokoda monarch was coming a few days after Act for Positive Transformation Initiative in a letter to Niger Delta Minister, Chief Godswill Akpabio, and copied to the Secretary to the Government of the Federation, Boss Mustapha, and Chief of Staff to the President, Professor Ibrahim Gambari, raised the alarm of alleged fresh looting by the NDDC IMC using the fraudulent desilting contracts through which billions of naira had allegedly been paid out for fictitious contracts since the IMC was appointed.