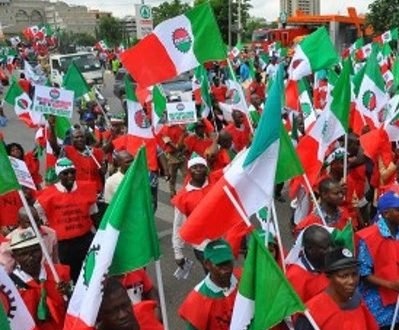 The 36 state governors on Friday joined in the efforts to persuade organised labour to stop the planned strike over the recent hike in fuel price and electricity tariffs.

They set up a committee to liaise with the Federal Government and labour on how to work out a middle ground over the disagreement created by the price increases.

Labour and Employment Minister Chris Ngige made a separate appeal to the strike organisers to reconsider their position and obey the court order stopping the strike.

The National Industrial Court (NIC) on Friday issued a fresh interim order restraining labour from proceeding with its planned action, although the Trade Union Congress (TUC) said last night that it had not received any such order.

Top government officials may also meet with the leadership of the labour and the Nigeria Governors Forum (NGF) either this evening or tomorrow in Abuja to try and work out a deal.

Labour, it was gathered, has told the federal government to suspend the new electricity tariffs for one month, reverse the sales of electricity distribution companies, put modular refineries in place and introduce palliative measures if it wants the planned strike to be shelved.

Governors of the 36 states at an emergency meeting on Thursday set up a committee to liaise with the Federal Government and labour on how to work out a middle ground over the disagreement created by the price increases.

In a communique issued after the meeting, signed by the Vice Chairman of the Nigeria Governors’ Forum (NGF), Governor Aminu Tambuwal of Sokoto State, the governors said any strike now would worsen the country’s already bad economic situation.

The meeting dwelt on two key issues: the planned industrial action by labour and the deduction for Local Governments’ allocation to fund the construction of primary healthcare centres in each LGA.

The communique reads: “The forum (NGF) believes that the labour unions should exercise caution on the call for a strike action, noting that any strike action will worsen the currently deteriorating economic situation of the country brought by the COVID-19 pandemic.

“While expressing concern over the call for a national strike action by the Nigeria Labour Congress (NLC) and the Trade Union Congress (TUC), forum members suggested the provision of a cushioning arrangement to ameliorate the effect of subsidy removal.

“Governors confirmed during the meeting that an Industrial Court had barred labour from  embarking on its planned industrial action but nevertheless decided to use the intervening period to mediate between the stakeholders.”

The Governors resolved to “intercede with the labour unions, the Federal Government and other stakeholders and especially call labour to exercise caution in its plan to embark on an indefinite strike action, noting that any such action will worsen the already deteriorating economic situation of the workers brought about by the COVID-19 pandemic.”

They also resolved to set up a committee made up of the Governors of Jigawa (Chairman), Nasarawa, Ogun, Kwara, Gombe, Abia and Bayelsa states to interface with the National Economic Council (NEC), the labour unions and relevant stakeholders for the overall interest of the nation.

The governors added that the NGF secretariat would provide relevant support for the committee on the details of the mechanism for deregulation put in place by the federal government.

They also agreed to call for an emergency NEC meeting as soon as the committee comes up with a common position on the deregulation of both the petroleum and power sectors, and the figures laid bare for all to see.”

The governors advised that any position taken at the meeting “should not be seen to be contrary or injurious to the position state governors have always maintained in support of deregulation.

“Governors insisted that subsidy in the petroleum sector, apart from promoting corruption in petroleum pricing and distribution, brings about loss of revenue to the three tiers of government and loss of jobs to the populace.”

On the deduction of LGAs’ allocation, the governors “expressed serious concern over deductions from the federation allocation of the 774 local governments of the country to construct and equip healthcare centres in each local government area on behalf of the Association of Local Government Areas of Nigeria (ALGON).

The NGF faulted the legality and legitimacy of the contract, including all financing arrangements.

The Governors agreed to “call on the Minister for Finance and the Accountant General of the Federation not to disburse to receiving entities monies already deducted for the construction of primary healthcare centres in each of the 774 LGAs, and that further deductions should be halted forthwith.”

They also resolved to constitute a Committee comprising the governors of Ekiti (as Chairman), Ebonyi, Delta, Gombe, Plateau, and Kano states to represent state and local governments on the matter.

The governors added that the committee will also approach President Muhammadu Buhari, the Minister of Justice and Attorney General of the Federation, the National Judicial Council (NJC) and the Minister of Finance, Budget and National Planning to appeal against the judgment.