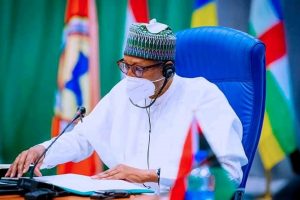 This was done on Tuesday following the Federal Executive Council’s approval of Nigeria’s membership of the International Coffee Organization (ICO).

The Senior Special Assistant to the President on Media and Publicity, Garba Shehu, disclosed this on Thursday in a statement titled, President Buhari Ratifies International Coffee Agreement, 2007.’

The statement read in part:“The Federal Executive Council (FEC) meeting had drawn a conclusion on the agreement on October 21, 2020, with emphasis on Conclusion 10 which approved the preparation of the Instrument of Ratification of Nigeria’s membership of the International Coffee Organisation and International Coffee Agreement of 2007.

“The 2007 Agreement will strengthen the ICO’s role as a forum for intergovernmental consultations, facilitate international trade through increased transparency and access to relevant information, and promote a sustainable coffee economy for the benefit of all stakeholders and particularly of small-scale farmers in coffee-producing countries.

“The agreement is an important instrument for development cooperation and will provide the legal framework for core activities undertaken by the Organisation in the future.

“The Instrument of Ratification was prepared by the Attorney-General of the Federation and Minister of Justice, Abubakar Malami.”