Brexit: Between the rock and a very hard place 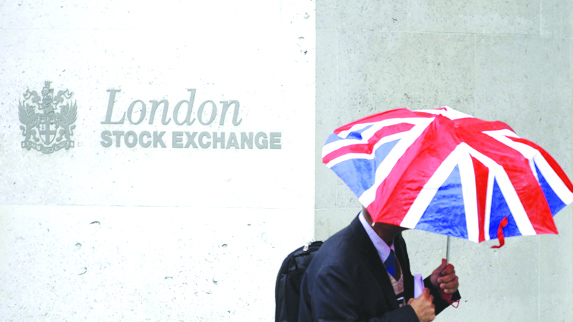 …The implications for Nigeria, the UK, EU and the world 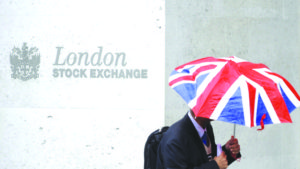 In a passionate plea to Europeans on 19th September, 1946 in Zurich, Switzerland, then Prime Minister of Britain Sir Winston Churchill, one of the proponents of a united Europe, gave his homespun analysis on a United States of Europe, and noted that the need for Europe to come together under one umbrella as one family is too good to ignore.

“There should be no going back in creating a united Europe where millions who want to be happy and free, prosperous and safe can live in,” he said.

Intriguingly, it is Britons who first voted to leave the same union their war-time hero and Prime Minister so beautifully eulogized. The ‘Leave’ vote shocked UK European neighbours and its key ally, the United States of America, and caused volatility in the market. Certainly, Brexit will lead to unimaginable consequences for Britain, and the rest of the world.  But first, what is Brexit?

It simply means Britain has left the Union. It is a shorthand way of saying the UK leaving the EU — merging the words Britain and exit to get Brexit. Following the ‘Leave’ vote, though the UK will continue to abide by EU treaties and laws, it will not take part in any decision-making, as it negotiates a withdrawal agreement and the terms of its relationship with the now 26 nation bloc.

Implications for the UK
Though unfolding, the implications, which are varied, hinge on the kind of deal the UK inks with the EU. If it remains within the single market, it would almost certainly retain free movement rights, allowing her citizens to work in the EU and vice versa. But if the government opts to impose work permit restrictions, then other countries could reciprocate, meaning Britons would have to apply for visas to work anywhere in Europe.  Indeed, the inscription of “European Union” on the cover of British passports confers the right to live and work in any EU nation.

Soon, UK citizens will lose that right. Add this to British expatriates in other EU countries which could in theory become illegal immigrants overnight if Britain does not maintain some form of freedom of movement as part of its settlement with the EU.

Economically, a recession in Britain seems likely. Corporate investments will be hurt by uncertainty about future access to both the single market and other zones where Britain has piggybacked on trade deals negotiated by the EU. In unsettled times, businesses defer whatever spending they can and this will hurt the economy.

For example, the fear that Brexit might mean recession, plus sheer uncertainty, sent shares in Barclays and Lloyds down by almost 30% when the market opened. European banks were not spared: Deutsche Bank shed 21%, Credit Suisse and UBS 13% each. Shares in American banks with bases in London fell at the start of New York trading. Added to that, the Pounds Sterling fell to its lowest in over three decades.

Britain’s financial industry could also face severe difficulties. This is because it thrives on the EU’s “passport” rules, under which banks, asset managers and other financial firms in one member state may serve customers in the other 26 without setting up local operations. That is how the British subsidiaries of non-EU banks are able to do business throughout Europe from London, and a big reason why London became the EU’s financial capital.  The city might lose this privilege.  According to the JPMorgan Chase boss, Jamie Dimon, jobs could be lost. HSBC is mulling shifting 1,000 people, around one-fifth of its staff in London, to Paris.  Most people are of the view that clearing euro transactions in London would become harder.

What is more, Britain may also quit the European Health Insurance Card (EHIC) which covers Britons for urgent health treatment in Europe either free or at same cost as that of a country’s citizens.  With Brexit, membership of EHIC will be negotiated.

There are also fears that Brexit could lead to the fracture of the United Kingdom as we know it.  If Scotland decides to leave the UK and join the EU, it might trigger Wales into toeing the same line and Northern Ireland into reunification with the Republic of Ireland.  Even within the UK Parliament, the two major political parties are suffering internal cracks as politicians trade verbal punches.

Implications for Nigeria
Nigeria will surely be affected by whatever wind that is blowing across the British Isles. As a member of the British Commonwealth, Nigeria has strong economic ties with Britain. Nigeria is Britain’s second largest trading partner in Africa after South Africa, with £6 billion (about N2.4 trillion or $8.52 billion) in bilateral trade volume in 2015 alone.

However, if Brexit, as many expect, leads to the shrinking of the UK GDP, it will lead to a scaling back of investments by British investors which will affect the volume of trade with Nigeria. With Nigeria boasting a sizeable population in the UK, if the British economy goes into a recession, it will affect the financial muscles of the Nigerian Diaspora in the UK and by extension, remittances back home. Brexit could also trigger a weakened European economy. A weakened Europe would affect Nigeria in terms of aid to Nigeria. Britain accounts for about 15 percent of EU’s operational budget.

Moreover, it would foster anti-immigration policies around the world, and this will affect Nigerians as they have a large population of its citizens in Diaspora. It is expected that Britain will be very strict on visa applications especially from countries like Nigeria with large visa applicants to the United Kingdom.

Brexit is likely to send the wrong signal in Nigeria. With re-emergence of ethnic nationalism across Nigeria, many are already calling for a Brexit type of referendumfor Nigerias to decide their destiny.  Such calls will not go away soonest.

Implications for the EU
If Britain does well outside the EU, other member states could follow the exit door. Ratings agency believes Brexit will create a precedent for any country to leave the EU and this will increase political risk in several ways. It could also boost anti-EU or other populist political parties, and make EU leaders more reluctant to implement unpopular policies that would have long-term economic benefits.

Brexit is likely to cause volatility in the EU. According to Fitch, the most exposed countries are Ireland, Malta, Belgium, the Netherlands, Cyprus and Luxembourg, all of whose exports of goods and services to the UK are at least 8% of GDP.  Brexit could trigger a weakened European economy.

Implications for the world
Investors all over the world hate uncertainty and the result of the referendum gives rise to a surfeit of it. Brexit will surely hurt the global economy several ways. A big concern is the extent to which a retreat from financial risk will disturb the existing fault lines in the world economy, notably in China and southern Europe. Italy has a referendum of its own (on constitutional change) in October, this might influence it.  If Brexit leads to a weaker European economy, it will certainly hurt Chinese exports. Perhaps a bigger risk is a renewed bout of dollar strength, as Europe’s currencies weaken, which might in turn put renewed downward pressure on the yuan.

Moreso, there are concerns over perception. If Britain, long a champion of free trade, can vote to revoke a regional trade deal, how much faith can businesses worldwide put in other international economic agreements? An EU shorn of Britain’s deregulating influence is a troubling portent for the liberal world order. Nationalist, populist and protectionist forces in other countries will be greatly encouraged by Brexit.  The United States of America, long seen as Britain’s major ally in Europe, will mourn the loss of a key partner in Brussels. Some see Brexit as a sign of waning US influence over the Britons. Moreso, there are concerns that this could ignite a new wave of nationalism and xenophobia across the world.

Are there options for Britain?
Under Article 50, the terms of Britain’s departure would be agreed by the other 26 EU countries, without a British vote. So Brexiteers would prefer to negotiate informally, without invoking Article 50. The other 26 countries are unlikely to go for this.

The kind of deal offered is a longer-term question, with neither main option very palatable. The first is to become like Norway, which is a member of the European Economic Area (EEA), in return for which it is required to contribute to the EU’s budget and allow the free movement of people. The second is to opt out entirely, trading with the EU under the rules of the World Trade Organisation such as America, China or any other country. Most economists agree that this would do more damage to the British economy.  Whichever way, Britons seem to have found themselves between the rock and a very hard place.