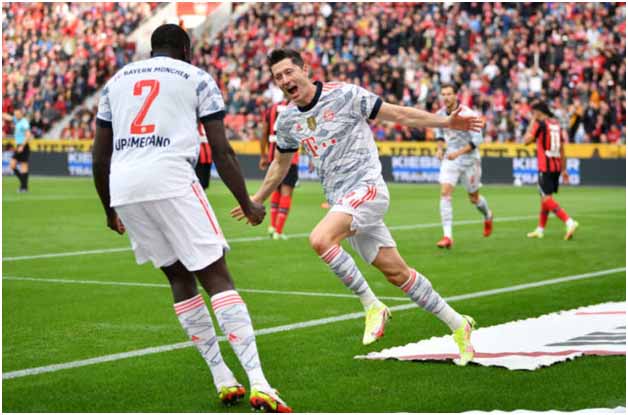 Bayern Munich scored five goals in the first half as they thrashed third-placed Bayer Leverkusen to return to the top of the Bundesliga.

Robert Lewandowski scored twice in the opening 30 minutes, back-heeling in the opener before tapping in a second. 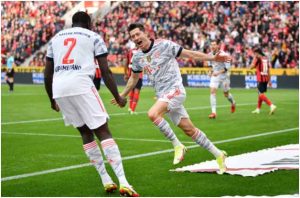 Veteran forward Thomas Muller struck from close range before then setting up Germany winger Serge Gnabry to claim his first of the day.

Patrick Schick pulled one back in the second half and although Manuel Neuer made some fine saves there was never any danger of the hosts staging a comeback.

Victory means Bayern move up to 19 points, one ahead of Borussia Dortmund while Leverkusen remain third with 16.