Barcelona’s Messi wishes to play in US 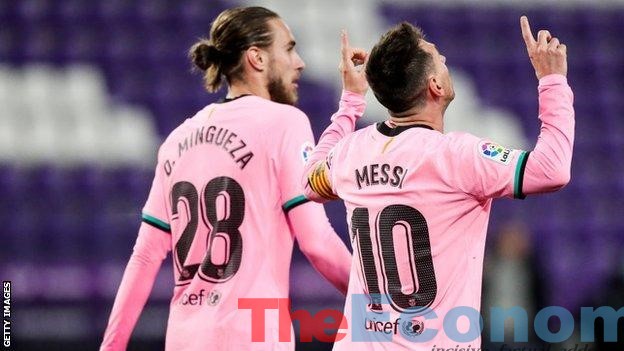 Barcelona captain Lionel Messi says he hopes to one day play in the United States but is unsure of his future when his contract runs out in June.

The Argentina forward, 33, can begin negotiations with overseas clubs in January.

Speculation over his future has been intense since he handed in a transfer request in August. 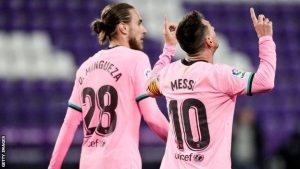 “I don’t know what I’m going to do yet,” Messi told Spanish television channel La Sexta.

“I’m going to wait until the season ends. I would like to play in the United States and experience life and the league there, but ultimately come back to Barcelona in some capacity.

“Right now the most important thing is to focus on the team and finish the season well, to focus on trying to win trophies and not get distracted by other things.”

Barcelona, who did not win a trophy last season, are fifth in La Liga after their worst start to a league campaign in 33 years.

Since joining at the age of 13, Messi has become the club’s record goal-scorer, won 10 La Liga tiles, the Champions League four times and the Ballon d’Or – awarded to the world’s best player – six times.

“It’s a difficult moment for the club, for everyone, but those inside the club know that it’s in a really bad situation, things are very bad and it’s going to be difficult to return the club to where it used to be,” he added.