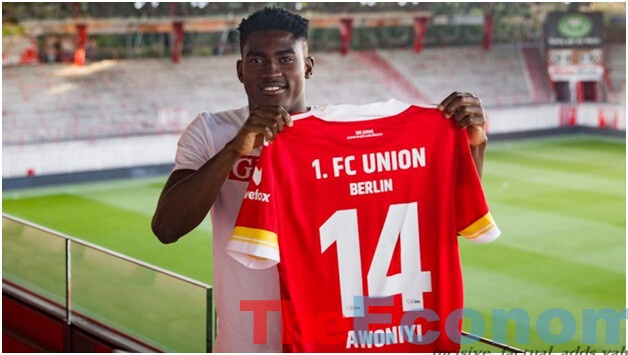 Nigerian forward Taiwo Awoniyi has joined Bundesliga side Union Berlin on a season-long loan from Liverpool.

The club announced Awoniyi’s capture on their website on Saturday.

The 23-year-old spent last season on loan at another Bundesliga side Mainz and scored one goal in 12 appearances for them in the German topflight.

“Taiwo is a highly talented player who already knows the Bundesliga. He has already played in several countries and will certainly be settled in our team very quickly. With his physical robustness, his team spirit and work around the box, he should make our attacking game more flexible and further stimulate the attack,” Ruhnert told the club’s website.

Awoniyi, an U-17 World Cup winner in 2013, said he was delighted to be back in Germany and looking forward to making Berlin his new home.

“I’m looking forward to a new home and the task at FC Union Berlin. Mainz was my second stop in Germany after Frankfurt and last year I was able to prove myself in the Bundesliga for the first time. At Union, I want to take the next steps, play as much as possible, develop and help the team to stay in the league,” Awoniyi told the club’s website.