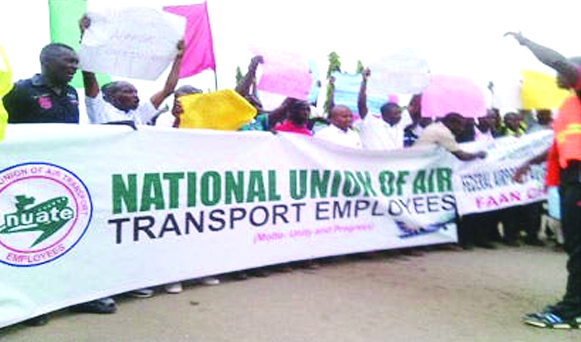 The action, a directive from the national headquarters of the various unions, was planned to take place simultaneously at all the country’s airport. The unions are protesting the manner the Aviation Minister, Senator Hadi Sirika is carrying out the concessioning of some of the country’s major airports without carrying the aviation workers’ unions along. The unions are also protesting that some of their colleagues who were disengaged from service have not been paid their retirement and pension.