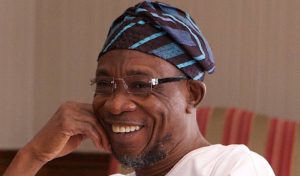 A faction of the All Progressives Congress (APC) loyal to the Minister of Interior, Ogbeni Rauf Aregbesola has said that its candidates won last Saturday local government congress of the party in 27 LGAs and Modakeke Area Office.

This was contained in a statement signed by the chairman of the group, Lowo Adebiyi, in Osogbo, on Sunday. The statement contained names of members of the group elected at the parallel congress it held on Saturday.

Adebiyi also said, “The huge turnout signposts the desire of the members to really recreate the APC for a more useful purpose and take it away from the near abyss in which it has been taken recently.

“We thank the APC faithful for sharing the laudable desire of a reinvigorated APC that will stand the test of times and be a perennial election winner, which is what the TOP stands for.”