The All Progressives Congress on Sunday vowed that it would not allow the opposition Peoples Democratic Party take back Ebonyi State. The party also said it was targeting to win five South Eastern states in the 2023 general elections starting from Abia and Enugu States. 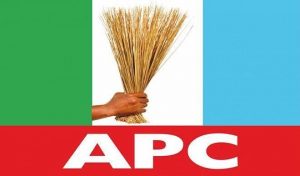 The National Vice Chairman (South East) of the party, Dr Ijeomah Arodiogbu, stated this during the party’s inaugural zonal meeting at the zonal secretariat of the party in Enugu. Arodiogbu, while addressing journalists, expressed satisfaction with the judgment by the Appeal Court sitting in Enugu which dismissed the suit filed to sack Ebonyi State governor, Chief David Umahi.

He said the party was happy with the judgement and that it was part of its responsibility to defend all the states under the party’s control in the region. “Ebonyi is one of such states and we cannot let people come in through the back door and harass the governor,
Inbox