Amaechi should be in jail, not a Minister – Wike 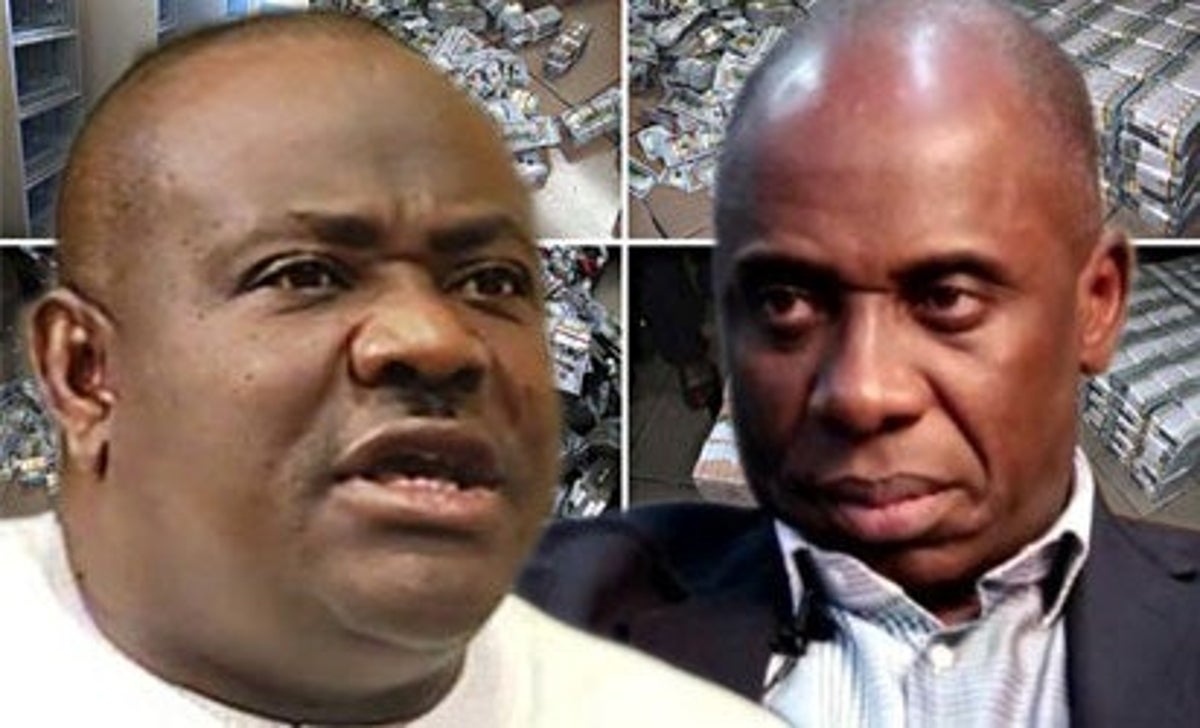 Wike said the shutdown of Rivers State Judiciary under Rotimi Amaechi’s administration as Governor of the state was a violation of the rights of the people of the state.

The Governor said this during a live interview on AIT’s ‘Focus Nigeria’ beamed from Government House, Port Harcourt in reaction to comments by Amaechi over the weekend.

He stated that in civilized climes, Amaechi should not be walking free or be appointed as a government official because of the closure of courts.
“With due respect to President Muhammadu Buhari, I think he shouldn’t have had such a man as a Minister. He (Amaechi) should be in jail for violation of human rights.

“How can somebody oversee the locking up of the judiciary? There was nowhere for people to ventilate their anger. Contracts were breached and people cannot go to court. People relied on police to settle their differences.

“A woman was detained the day she was to be given bail. A pregnant woman was to be given bail right on the day the courts were shut down. The woman gave birth in prison. Imagine that kind of a harrowing experience.
“And that is the man they say is one of the best Governors. No, he is not the best Governor,” Wike said.
On Amaechi’s investments in education, especially the building of model schools, Wike said the funds were wasted, adding that much more could have been achieved, “with the billions of naira”, spent on building new schools.

“You know my former Governor; I worked with him, so I know him too well. When he is flying with people in the helicopter, he will be pointing his fingers and telling them see that school there, I built it. He is that kind of man. If he hadn’t started something, he would kill it.

“But when I see a project that will impact the lives of the people, I complete it. The Degema General Hospital which he started has been completed but when I see a political project, I have no business. So many roads he (Amaechi) did not do and the once he did not complete, I completed”

The Minister of Transportation, Rotimi Amaechi had lamented the recurring spate of insecurity and political intimidation in Rivers State.

Amaechi, a former Governor of the State, while speaking during the funeral service of the late Justice Adolphus Godwin Karibi-Whyte at Saint Augustine’s Anglican Church, Abonnema, Akuku-Toru Local Government Area of Rivers State, said fear has pervaded the state he bequeathed in 2015, claiming that residents have failed to openly challenge the current administration.