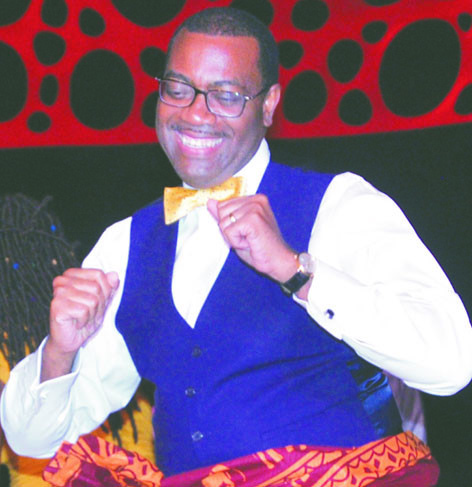 Three years into the current dispensation at the African Development Bank (AfDB), there are concerns over the new direction the institution is charting and the contribution of the much-hyped High 5s to the continent’s development aspirations. The High 5s is the new philosophy around which the Bank has prioritised operations since incumbent President Dr Akinwumi Adesina took reins of leadership.

Critics of the High 5s targets (Light Up and Power Africa; Feed Africa; Industrialise Africa and Improve the quality of life of Africans) worry that though catchy, they seem not to be fully in sync with the institution’s 10-year strategic vision launched in 2013. According to an African Executive Director, “the High 5s were neither debated nor adopted by the Bank board.” Not a few blame this on the overarching desire of the new management to be seen as redefining the entire operational ethos and time-honoured goals of the pan-African institution.

The 10-year vision (2013-2022) calls for sustaining inclusive growth and development through emphasis on geography, gender and fragile states as well as ensuring sustainable management of natural resources. The strategy identifies five main channels through which sustainable growth will be delivered to include: infrastructure development, regional economic integration, private sector development, governance and accountability, as well as skills and technology. It calls for the Bank to leverage its own resources towards mobilising other resources by engaging in public-private partnerships.

The problem with the High 5s seems to be that it is not anchored on a solid foundation. “This is an attempt by one man to impose an agenda without the initial buy-in of vital stakeholders,” enthused another Executive Director.

“Throwing resources at problems does not necessarily yield result in ethically challenged systems and environment. Without governance and accountability, we will get nowhere,” the former staffer says.

These, perhaps, may be the explanation for the lukewarm attitude of non-regional members of the Bank to the 14th replenishment round of the African Development Fund (ADF). The concessionary loan window of the Bank was undersubscribed. The 14thADF round was able to attract only about $7.06billion for the cycle 2017-2019, a fall from $7.3billion raised in the 13th round for the cycle 2014-2016. Accounting for inflation, the drop in subscription becomes more worrisome. In comparison, the former executive board member of the Bank says it could be that donors are dissatisfied with the new direction the Bank has taken.

Significantly, the 18th International Development Association (IDA), (the soft loan window of the World Bank) replenishment round done the same year was oversubscribed. Both Multilateral Development Banks enjoy the same investment grade ratings. Says a Finance Minister of one of AfDB’s non-regional members: “financial decisions are not swayed by rhetoric, but hard facts anchored on what donors consider priorities.”

Although, 2016 Moody’s Investors Service Rating Report affirmed the AfDB’s Stable rating, it was scathing with regards to the capital and leverage ratios. The weakness of the AfDB, the ratings agency says, lies in “deteriorating capital adequacy which reflects the challenging operating environment of the continent”. Standard and Poor’s Financial Services, a ratings agency, issued similar opinion on the 2016 financials of the Bank. It opined that “asset quality is a weakness for the AfDB relative to similarly rated multilateral lending institutions, reflecting its focus on private and public sector borrowing in geographical areas that carry intrinsically higher operating and credit risks”.

Africa’s development challenges are humongous. The AfDB is just one institution relied upon to help steer the continent the right way. The Bank must therefore take its mandate as seriously as possible, even if it means ruffling the feathers of some African leaders who are definitely not taking governance and accountability as seriously as they should. The 10-year strategy clearly makes these virtues priorities and so too should the Bank’s brass, without prejudice to the need to source ever more resources for its operations and on behalf of over one billion Africans.