Oil prices are expected to rise around 10 per cent over the next year, according to the Afreximbank African Commodity Index for the third quarter of 2020. The index, which measures commodity prices every quarter, said the oil industry is expected to emerge from stagnation as global travel and global oil demand move
towards pre-pandemic levels. 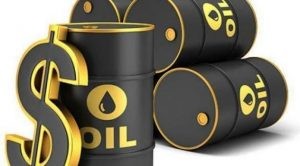 However, Afreximbank stated that the oil industry would need to clear the backlog of compensatory supply cuts. It noted that suppliers like Iraq and Nigeria had initially breached output quotas. The AACI stated: “Sentiment on commodity prices is generally conservative with market consensus forecasting prices to stay within a tight range compared with current spot prices. Crude oil, coffee, CPO, cobalt and sugar are the few exceptions to this view.”Nigeria had pledged to make up for its 180,000 barrel-a-day overproduction in May by cutting an extra 45,000 a day each month between June and September.

The country had made its plans known to the OPEC secretariat in Vienna in July this year. Cobalt prices are likely to be supported by investments in electric vehicle infrastructure. According to the index, the impact of the coronavirus pandemic affected the oil markets the most.

“The performance of the index in Q1-2020 was characterised by a sharp decline, with the composite value falling 44 per cent quarter-on-quarter on account of the disruptive impact of the novel coronavirus on global demand and commodity prices with oil markets bearing the brunt of the pressure, resulting in a 63 per cent quarter-on-quarter decline in the energy sub-index,” it said.

The AACI stated that there were declines for the base metals and agricultural commodities sub-indices, which fell 20 per cent and nine per cent respectively over the same period.

In contrast, it stated that precious metals rose nine per cent quarter-on-quarter due especially to haven demand for bullion. The report said during the period, the energy sub-index fell by eight per cent due largely to a sharp drop in oil prices in the latter part of the quarter, after markets had been inching higher for most of Q3-2020.