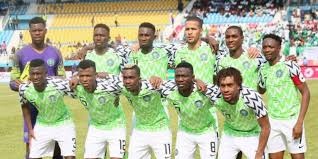 With few weeks to the double header Cameroon 2021 Nations Cup qualifiers between Super Eagles and Leone Stars of Sierra-Leone, former Super Eagles goalkeeper, Peter Rufai has advised the Super Eagles gaffer to beef up his defence so as to have a quality team.

The Super Eagles, leaders of Group L will meet fellow West Africans, Leone Stars of Sierra- Leone for the two legged encounter between November 9 and 17, 2020 and Rufai believes that the Franco-German tactician must use the forthcoming international friendlies against Elephants of Cote d’ Ivoire and Carthage Eagles of Tunisia to build a defence minded team.

“I’m happy with the work Gernot Rohr is doing with the Super Eagles but one area that I am concerned is the defence line up. It’s through they’ve been living up to expectation but there is need for the technical crew to do more so as to avoid exposing our goalkeepers unnecessarily,” he said.

According to him, “it’s important for Rohr to use the forthcoming friendly matches to work on his defence because most times a team will be playing very well but once the defence is defective, it exposes the goalkeepers to unnecessary harassment from strikers which is not good for any team”.

Rufai was also optimistic that the goalkeepers in the Eagles squad are quality players who can man the post effectively without any problem even as he stated that it is the duty of the goalkeeper trainer, Aloy Agu to decide who amongst the stoppers will be used for any particular game because he is the one training them.