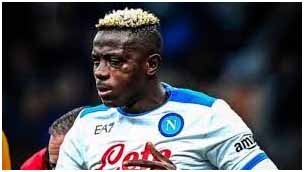 Former Super Eagles midfielder, Mutiu Adepoju, is worried over the growing number of Super Eagles players with injury barely six weeks to the kick off of the 2022 Africa Nations Cup in Cameroun.

With Nigerians still lamenting over the injury sustained by Napoli of Italy striker, Victor Osimhen, another key member of the team, goalkeeper Maduka Okoye, suffered a shoulder injury during Sparta Rotterdam’s Eredivisie clash at home to champions, Ajax, on Sunday afternoon. 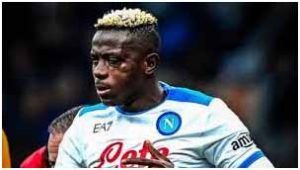 Okoye was injured after clashing with an opposing attacker in the 24th minute of the week 14 encounter, and was replaced by Sparta’s reserve goalkeeper, Benjamin van Leer.

There are fear that with the Cameroun 2022 AFCON barely six weeks away, a lengthy injury layoff could rule the Super Eagles number one goalkeeper out of the continental championships.

Though Okoye has waived aside all worries about how long he could be out of action, as he told the media that he had only suffered a knock.

However, Adepoju, who spent most of his career in Spain, amassing La Liga totals of 175 games and 22 goals over the course of seven seasons, said that the news of Okoye’s injury calls for concern.

“As a Nigerian, one should be worried with this latest injury suffered by our first choice goalkeeper, Okoye. First was Osimhen, and now we are talking about Okoye. The AFCON is fast approaching, and we need our best player to do well. I pray Osimhen and Okoye recover early,” Adepoju said.