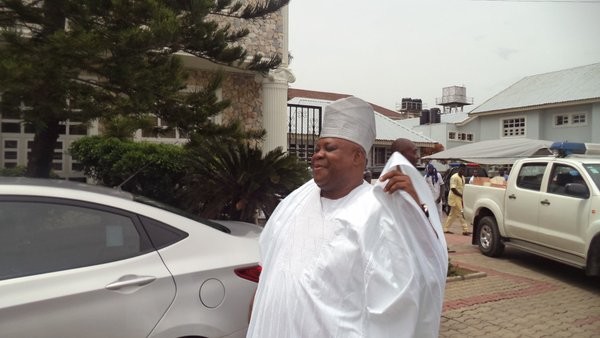 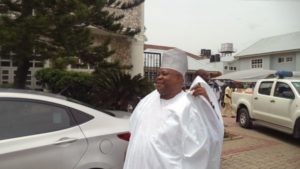 The crisis between the Peoples Democratic Party’s governorship candidate in Osun State, Senator Ademola Adeleke, and the aggrieved aspirant in the party, Dr Akin Ogunbiyi, appears to have become worse following the allegations and counter allegations between the camps of the two politicians.

Ogunbiyi, who came second in the party’s primary, had alleged outright vote stealing and manipulation by the Adeleke’s camp during the primary election conducted by the Bayelsa State Governor, Seriake Dickson in Osogbo.

A source within the Ogunbiyi’s camp told our correspondent on Monday that Dr Deji Adeleke (the candidate’s brother) had informed prominent leaders of the party, including Alhaji Shuaib Oyedokun, his intention to visit Ogunbiyi to reconcile with him and Ademola to finally lay the matter to rest.

The source said, “Some leaders of the party, including Segun Odekunmi,  Oyelayo Laoye, Alhaji Gani Olaoluwa and other leaders, in anticipation of the meeting,  had gone to Ogunbiyi’s residence in Ileogbo in order to facilitate the reconciliation.

“But no member of the Adeleke family or camp showed up and the leaders left in utter disappointment. But Dr Deji Adeleke visited Daisi Aina in Iresi at the weekend and revealed that he would not reconcile with Ogunbiyi because his growing popularity would eventually dwarf Senator Adeleke’s with time and this would be dangerous.

“He ( Deji) said he would be visiting key members of the Ogunbiyi’s camp and that that would assist them to achieve their aim without giving Ogunbiyi undue popularity during the campaigns despite the low turnout being recorded at their rallies.

“Their strategy has, however, continued to backfire because the members of Ogunbiyi’s camp who they have visited have rejected the offer to turn their back at Ogunbiyi and the party may lose woefully with this development.”

Ogunbiyi himself had said three weeks ago that the leadership of the PDP under the National Chairman, Prince Uche Secondus, invited him and Adeleke to Abuja to resolve the crisis. He said although he did not make any demand, the party said his camp should produce the deputy governorship candidate and that he ( Ogunbiyi) should be given the Osun West Senatorial District ticket of the party to appease him.

Ogunbiyi said Adeleke violated the directive by allegedly asking Albert Adeogun to go under so that he would not be reached until the substitution period was over.

But Adeleke had described the claims from Ogunbiyi’s camp as outright falsehood and deception which he said was coming from the camp of the loser.

When contacted on the telephone by our correspondent, the Director of Media and Publicity of the Senator Ademola Adeleke Campaign Organisation, Mr Olawale Rasheed, said the claim that Dr Deji Adeleke had vowed not to meet with Ogunbiyi was a ‘lie from the pits of hell.’

He said, “The Adelekes had at several occasions made attempts to get an appointment to meet Dr Akin Ogunbiyi who told Mr Dele Adeleke at the last PDP state-wide meeting of ward chairmen that he was not ready to meet the camp but that Dr Adeleke should instead go and meet with the people behind him.”