2018 Budget: The prospects, the drawbacks 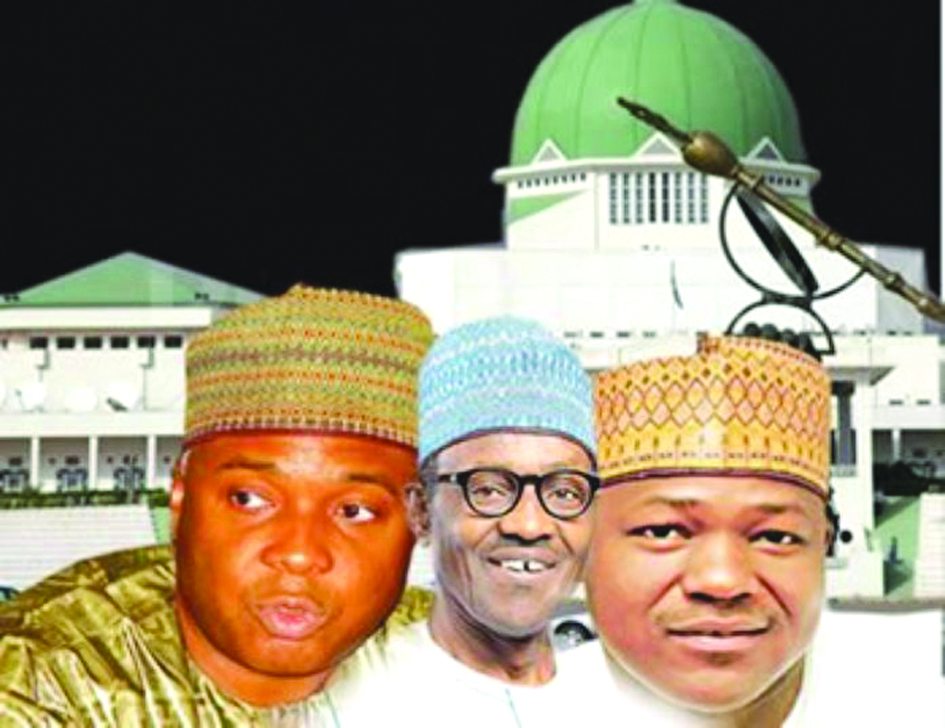 As Nigerians await the speedy passage of the 2018 Appropriation Bill by the National Assembly, financial analysts appraise its prospects and challenges

As Nigerians awaits the speedy passage of the 2018 Appropriation Bill to pave way for its approval into law for effective implementation, opinions are divided on its capacity to spur the much desired economic growth.

President Muhammadu Buhari had, while presenting the proposed N8.6 trillion expenditure for next year to the National Assembly, promised that government will be investing in critical infrastructure capable of spurring growth and creating jobs. The Appropriation Bill tagged: ‘Budget of Consolidation’ is composed of N2.428 trillion for capital expenditure, N3.494 trillion for recurrent expenditure, N2.014 trillion for debt service and N456 billion for statutory transfers, while N220 billion would serve as Sinking Fund to retire maturing bonds to local contractors. 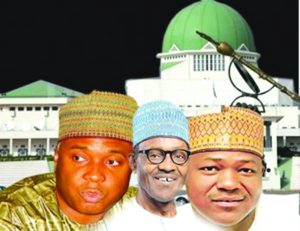 The key assumptions for the 2018 budget proposal include a benchmark oil price of $45 per barrel, oil production estimate of 2.3 million barrels per day, including condensates, exchange rate of N305/$1 for 2018, real GDP growth of 3.5 per cent and inflation rate of 12.4 per cent.

The estimated total revenue for the 2018 budget was put at N6.607 trillion, 30 per cent more than the 2017 budget estimates. Oil revenue was projected to contribute N2.442 trillion while N4.165 trillion would come from non-oil revenue sources.

After a critical appraisal of the budget, some financial experts and captains of industry believe that it would put the country on the path of economic growth if religiously implemented while others faulted the appropriation bill for not having a clear plan of how to achieve the targets.

Dr Ayo Teriba, chief executive officer, Economic Associates Limited, believes that the 2018 budget has a better outlook than the 2017 budget because the economy is looking up and the foreign reserve is growing steadily. “It is based on reality, not assumptions. I am more optimistic about the 2018 budget. The most important thing is to find the money to implement the budget. The 2017 budget has not been fully funded due to revenue challenges because of low oil prices. We did less than $50 per barrel this year. It’s realism to expect that 2018 budget will get better funding than the 2017. We should expect things to be better in 2018 than even 2015,” he said.

Teriba, however, urged the National Assembly to speedily pass the budget for implementation.
Similarly, Dr Boniface Chizea, financial expert and chief executive office, BIC Consultancy Services Limited, adjudged the budget proposal to be realistic based on the assumptions that underpinned its preparation. He noted that the oil benchmark price of $45 per barrel is conservative considering the fact that oil price is trending currently at over $60 per barrel; a price which has not been witnessed since July, 2015. According to him, the only fly in the ointment is the threat by The Avengers to resume hostilities in the Niger Delta with the potential of disrupting the volume of oil production which has been estimated at 2.3 million barrels per day. “We have crafted a budget which most certainly could facilitate our desire to consolidate the gains made so far as we exit the recession if we are able to muster the will for robust implementation,” Chizea said.

Dr Frank Udemba Jacobs, president, Manufacturers Association of Nigeria (MAN), commended President Buhari for making capital projects a priority in the proposed budget. The proposed allocation to the Ministry of Power, Works and Housing in the budget is N550 billion, which is the highest allocation to a single ministry. “Most gratifying is the fact that more infrastructure development projects are provided for in the proposed 2018 budget. There is plethora of evidence to support the fact that quantity and quality of infrastructure would directly raise the productivity of human capital, physical capital and hence, economic growth,” Jacobs said. He explained that with only 20 per cent of the network tarred, providing for development of road infrastructure in 2018 budget is a welcome development. “Interestingly, the renewed efforts of the government in infrastructure provision, especially road construction is impressive. I am aware of N100 billion presented to the Honorable Minister of Power, Works and Housing by the Federal Government for 25 roads across the six geo-political zones. We hope for a conscientious management of the funds so that Nigeria can have the maximum possible achievable number of roads,” Jacobs said.

It is remarkable that one of the projects earmarked for execution in the budget which would enhance road transportation is the construction of the 2nd Niger Bridge.

But not everyone is full of praises for the budget proposal. Bismarck Rewane, chief executive officer, Financial Derivatives Company, considers the budget proposal as not bold enough to make an impactful spending. According to him, the 2018 budget is higher than the 2017 budget only in nominal value. “The figure of N8.6 trillion is 15.7 percent higher than the budgeted figure for 2017. The rate of inflation this year is 15.9 percent. So, in real terms, there has been zero growth in expenditure because a thousand naira that you had in January will be equal to a thousand naira less 15.5 percent in December. So, if you have increased your budget expenditure from N7.4 trillion to N8.6 trillion which is 15.7 percent, effectively, you have actually increased your budget by zero,” Rewane said.

Henry Boyo, an economist and public commentator, believes that the budget does not have what it takes to meet the yearnings of Nigerians for better life. He said that constraints within the budgetary process would hinder the implementation of capital budget and leave a harvest of uncompleted and abandoned projects. Boyo pointed out that the 2018 Appropriation Bill is nominally, Nigeria’s highest ever annual fiscal plan but in real value terms, however, the N8.66 trillion budget may not be worth more than the 2011 budget of N4.48 trillion when Naira was N150 to $1. He was also concerned that 70 percent of the budget would be for recurrent expenditure despite reports of copious house cleaning and the benefit of over N20 billion monthly savings from deletion of ghost salaries and other allegedly plugged revenue leakages.

He noted that the budget is full of undeclared subsidy payment and would rely to a large extent on foreign borrowing to be implemented. “In the absence of savings, government will continue to borrow, so that it can spend more than its actual earnings. But any advice to step up borrowing should be seen as enemy action, particularly when, there is barely any tangible impact from the application of earlier loans,” Boyo said.

Ifeanyi Nwokoma, a Professor of Economics at the University of Lagos pointed out that the country has failed to learn from the lessons of the 2017 budget to guide the preparation of the 2018 appropriation bill by being too optimistic without a clear plan of how to achieve the targets. “The N305 per dollar exchange rate is not real. We are not learning from the challenges or problems of 2017 budget. It is likely we fall into same mess. Our budgetary woes have become recurrent, and we are not learning from the past,” he said.

Muda Yusuf, director general, Lagos Chamber of Commerce and Industry, (LCCI) said that although the focus on capital project is laudable, the subsidy areas are becoming a huge threat to the economy. “Being totally silent about this is bad. Contractor arrears are also becoming a threat as over N2trillion is at stake. The risk involved in doing business with government is becoming worrisome. Moreover, the private sector participation in the budget was not made clear especially in terms of infrastructure financing. The private sector should play a major role here,” Yusuf said.