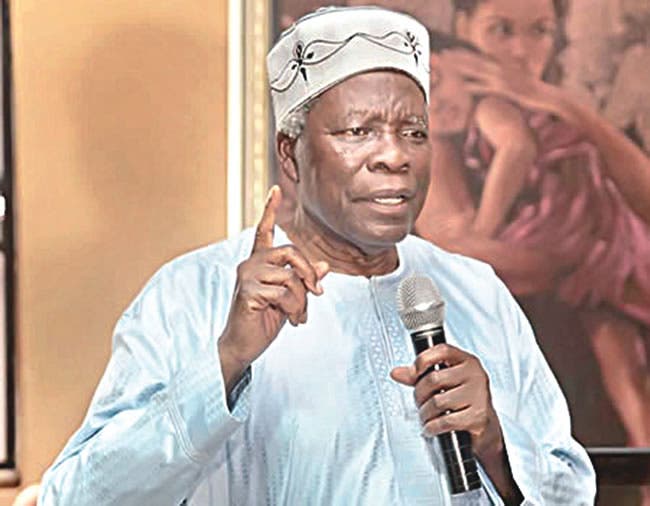 Again, Ilana Omo Oduduwa, a Yoruba Separatist Group, led by Prof. Banji Akintoye, yesterday, chided the leaders of All Progressives Congress (APC) in the South-West over the meeting they had on May 23, 2021, in Lagos.
In a statement by the National Chairman of the group, Dr. Adewale Adeniran, the group described the meeting as a failure for their inability to address the issue of insecurity besetting the people.
He said:” When it was announced that the leaders of the South-West APC would meet on Sunday, May 23, 2021, hopes were high that attendees at the said meeting would come out boldly to speak about the siege being laid by invading Fulani militia to the South-West region.
“Curiously and sadly, out of the nine points highlighted by the eminent political leaders in their communique, only two could be said to have addressed the situation of insecurity in Yorubaland.
“They expressed support for the Southern governors’ ban on open grazing, and also restated the call for state police. There was no mention of Amotekun or the need to strengthen and arm the security outfit. Strangely, the communique avoided any mention of the word ‘Yoruba’ or ‘Yorubaland’ or even the ‘South-West’, which they claim to represent.
“Consequently, if they were to be awarded marks for their performance at the said meeting, they would score two out of nine points; that is 22.2 per cent. In retrospect, one may conclude that these characters who assembled in Lagos on that day were actually speaking for their paymasters in Abuja.”
He said that the current agitation for Yoruba self-determination being championed by Ilana Omo Oduduwa under the worldwide leadership of Prof. Akintoye and which has resonated with the generality of the Yoruba people, especially the youths, was enshrined in the 2007 United Nations Declaration on the Rights of Indigenous Peoples by a resolution adopted by the General Assembly on September 13, 2007.
“It is common knowledge that the current Yoruba agitation for self-determination is in response to the killings, wanton destruction of farmlands and others,” he said.