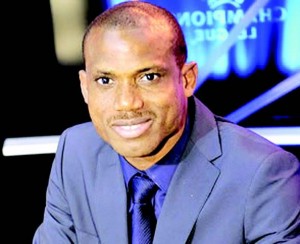 The Super Eagles will confront Swazi’s King Shield in a two-legged tie this Friday and Tuesday next week and the gaffer sees the tie as a difficult one but insists Nigeria will advance. “I want to get my country to the group stage and eventually to the World Cup. That is our only ambition, and if we don’t respect [our opponents], we will fall short of it. Swaziland is a difficult team, and it is not going to be easy playing them, especially on an artificial turf in their home.”

The Swaziland game in Lobamba will be Oliseh’s seventh match in charge as the Super Eagles coach and the eighth will be at the Adokiye Amiesimaka Stadium in Port Harcourt next Tuesday.

Oliseh stunned the pundits when he called up USA-based striker Obafemi Martins for the match against Swaziland. He has also invited teenaged sensation Kelechi Iheanacho, who is on the books with Manchester City.

The side will be without long-time Nigerian players like Vincent Enyeama and Emmanuel Emenike, both of whom recently announced their retirement from international football.