Working more than 55 hours a week increases the risk of death from heart disease and strokes, according to a World Health Organisation (WHO) and International Labour Organisation (ILO) study released on Monday.

The report by the World Health Organisation and International Labour Organisation agencies comes as the COVID-19 pandemic accelerates workplace changes that could increase the tendency to work longer hours.

The study, published in the Environment International journal, is the first global analysis of the risks to life and health associated with working long hours.

It focuses on the period before the pandemic and the authors synthesised data from dozens of studies involving hundreds of thousands of participants.

“It’s time that we all — governments, employers, and employees — wake up to the fact that long working hours can lead to premature death.”

The study concluded that working 55 hours or more per week was associated with an estimated 35 per cent increase in the risk of suffering a stroke, and a 17 per cent rise in the risk of dying from ischemic heart disease, compared to 35 to 40 hours. 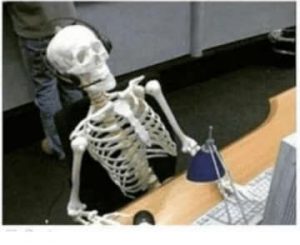 Between 2000 and 2016, the number of deaths due to heart disease linked to long working hours increased by 42 per cent, while the figure for strokes went up by 19 per cent.