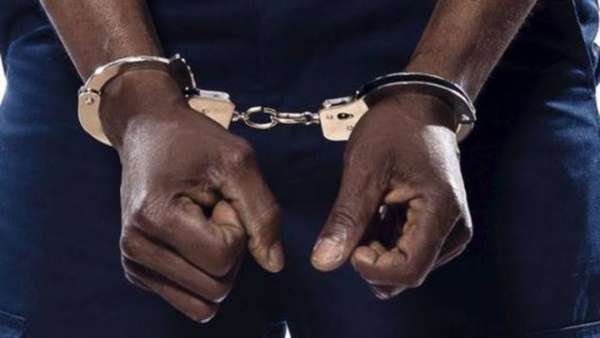 The arrest followed a report made by the suspect’s wife after she discovered that her five-year-old daughter had developed swollen private parts and a hospital she took her to for check-up confirmed that she had been defiled.

The mother of four said that justice should be served in the matter and called on the police to investigate and prosecute the suspect accordingly.

She said, “In 2012, when my first daughter was two years old in the village, I caught my husband using his finger on her and when I went to his family and reported the incident, my husband and his mother beat me up and forced me to shut up.

“They accused me of trying to spoil the family’s name; even some women in the village came and warned me not to expose the incident that it was an abomination.

“When my second daughter turned two years old, he did the same thing to her in 2017 and when I caught him again, he beat me up and threatened to throw me down from the storey building we were residing in; it was a neighbour who rescued me.

“In May this year, I went to the market and before I returned, my neighbour, who was helping my older daughter to bathe her five-year-old sister discovered that my little daughter was injured in her private parts and she asked me to investigate.

“I checked my daughter too and noticed that her private parts were swollen and when I asked who had touched her there, she refused to tell me, but after I flogged her, she screamed that it was her daddy.

“I want him to be prosecuted, because my life is in danger now that he is aware that I know what he has been doing to my three daughters, and if he is released again like before then, I don’t know what he will do to my children and I.”

When contacted the state Police Public Relations Officer, Nnamdi Omoni, confirmed the incident but added that thorough investigation had been initiated to ascertain the truth and ensure that justice was served in the matter.