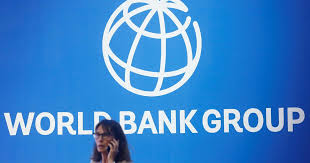 The World Bank has announced the suspension of its flagship “Ease of Doing Business Report, which ranks countries based on the costs of doing business. The shocking decision to suspend the ranking exercise is the latest crisis to beset the global lender with a far reaching impact on its other programmes. The Bank had in a statement noted that “A number of irregularities have been reported regarding changes to the data in the Doing Business 2018 and Doing Business 2020 reports.”

The institution said it had informed the authorities of the most affected countries, but did not name them. “We will act based on the findings and will retrospectively correct the data of countries that were most affected by the irregularities,” the statement added. There are reports that data on China, Azerbaijan, the United Arab Emirates and Saudi Arabia “appeared to have been inappropriately altered.”

If confirmed, the revised data could affect the rankings of the five countries. The latest report, for example, showed vast improvement among Middle Eastern economies with Saudi Arabia climbing 30 places. The latest report, published last year, ranked Togo and Nigeria among the 10 countries that had shown the most improvement and collectively accounted for “one-fifth of all the reforms recorded worldwide.” But there are no reports that either the scores of either country were tampered with.

The decision to suspend the rankings is also likely to reignite controversy around the annual report, particularly in the methodologies behind the rankings. In the 17 years it has been published, the Doing Business reports have amassed “surprising influence over global regulatory policies,” researchers wrote in a paper published in 2019. The researchers found that the rankings strongly affect policy as governments make reforms to improve their ranking.

“Changes over time in the Doing Business rankings are not particularly meaningful. They largely reflect changes in methodology and sample—which the World Bank makes every year, without correcting earlier numbers—not changes in reality on the ground,” Researchers at the Center for Global Development wrote in February 2018.

In June, the Bretton Woods institution appointed Carmen Reinhart as its new chief economist. Reinhart’s two predecessors, Penelope Koujianou Goldberg and Paul Romer, resigned after less than two years on the job. Romer quit in January 2018 after igniting a controversy around Chile’s ranking in the Ease of Doing Business Report, which he suggested may have been deliberately lowered under the presidency of left-leaning Michelle Bachelet.

The World Bank is also struggling to counter the fallout from the publication of an internal paper that looks at elite capture of foreign aid. The key finding of the study is that aid handouts “coincide with significant increases in deposits held in offshore financial centres known for bank secrecy.” Pinelopi Goldberg quit in February, effective 1 March.