Why We Ban Fulani Cattle in South-East — IPOB 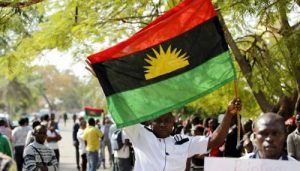 The Indigenous People of Biafra, IPOB, has cleared the air over the ban it placed on consumption of beef from Fulani cattle in South-East.

IPOB had in a statement on Monday, 3 January, by its Media and Publicity Secretary, Emma Powerful, said the ban would take effect from April, 2022.

Following this, a group under the auspices of Coalition of Northern Groups (CNG) through its Spokesperson, Abdul-Azeez Suleiman, described IPOB’s directive as “a grave provocation and serious threat to northern commercial interests in the South-East and by extension, to the physical wellbeing of Northerners living as minorities among Igbo communities”.

The CNG, therefore, called for a total boycott of all businesses operated by the Igbo all over the North.

Reacting, IPOB in a statement made available to the media by its spokesperson, Emma Powerful, said; “We did not ban cow meats but those cows that were destroying our farms and those raping our mothers, wives and sisters in the farms, Biafrans can eat foreign cows not the ones that can bring terrorists in our territories”.

The group further condemned the comment made by the Northern groups saying “the CNG should have first questioned some herdsmen on why they have s3x with cows, film such abominable act by themselves and post the video to the world. What is the reason for such beastly behaviour? Who do they want to hypnotise?”

Why is it that the Northern coalition never cautioned their people to stop sleeping with cows and sell the defiled animals for people to eat?”

“The baseless claim by Northern coalition group and Arewa youth groups that IPOB has declared war against the North cannot fly because they started it by destroying businesses and hotels belonging to Igbo people in the North while it does not belong to the Fulani only.

“IPOB is wise and knowledgeable enough to know what it means to declare war. We are, and remain a peaceful movement,” IPOB added.