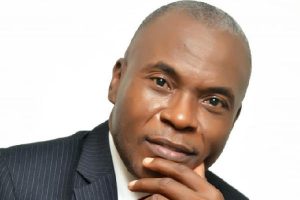 On a weekly basis, people are killed in dozens in Borno, Zamfara, Kaduna, Benue, Katsina, Plateau, etc, but Nigeria is not bothered much. But let a tenth of that number be killed in Lagos or Abuja, and all hell will be let loose. The local media will raise hell. The foreign media will accentuate it. Influential people and organisations in the world will react swiftly. The Presidency will take immediate action.

Any sit-at-home in the states of the Southeast, Southsouth, Southwest, Northeast, Northcentral, or Northwest has no effect on a president like Buhari. If lives don’t matter to Nigerian leaders, sit-at-home will look like a joke to them. Even Buhari’s home state Katsina is unsafe but that does not rattle him.

The areas that get the attention of Nigeria (and especially an aloof leader like Buhari) are Lagos, Abuja, and the oil facilties, especially in the Niger Delta. As long as these key areas are not affected, he is not bothered. Whatever you do in your community will only hurt your people.

If you lock down the Southeast for one year nonstop, Buhari will not care and will not be moved. The foreign countries you hope to notice will not be bothered as long as their embassies or companies in Nigeria are not affected or threatened. And their embassies and companies are all located in Lagos and Abuja.

The only group that has ever  been offered an amnesty despite using bombs and guns on Nigeria is the Niger Delta militants. The reason was that they were bent on destroying the primary source of Nigeria’s livelihood: crude oil. Unfortunately for Nigeria, the Niger Delta terrain is difficult to navigate for the security operatives; so the Niger Delta militants had the upper hand. On the contrary, the Southeast terrain is easy to navigate. It is open. There is no place to hide in it. There are houses and businesses that can easily be destroyed in any altercation with the security operatives who actually pray that an opportunity be offered them to destroy the Southeast again.

If you live in a glass house, you must refuse to engage in a fight that involves stones.

I decided to make this clarification based on the comments some people made on my earlier post on this issue. Any time you make a comment about an action taken by IPOB, those who don’t really care about suggestions or solutions will ask you for suggestions or solutions. Meanwhile, if you proffer a solution, they will quickly tell you that they don’t need your suggestion, that you should form your own group.

This is a passionate appeal to all those who love Igboland. Many of us have given so much for Igboland and don’t want to see it destroyed by self-inflicted pain.

Azuka Onwuka, a writer and columnist writes from Lagos

Black Man, You Are Still on Your Own