‘Why poverty increased despite rising budget’ 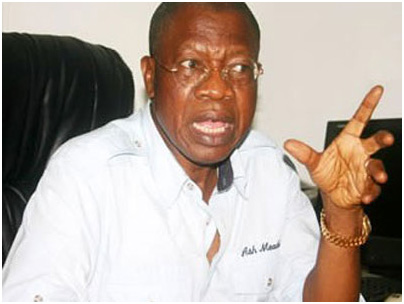 Significant increase in Nigeria’s budget over the years has failed to check the rising poverty in the country due to high level of corruption, Lai Mohammed, Minister of Information and Culture, has said. According to him,while Nigeria’s national budget increased from over N900 billion in 1999 to over N6 trillion in 2016, poverty has also increased almost by the same proportion.

“The reason is not far-fetched, appropriated funds mostly ended up in the pockets of a few. When funds meant for construction of roads are looted, the end result is that the roads are not built and the people suffer and even die in avoidable road accidents.

“When the money meant to provide electricity is looted, we all are perpetually sentenced to darkness. When the money meant for healthcare is pocketed by a few, we are unable to reduce maternal and infant mortality. These are the costs of corruption,” Mohammed said.

The minister buttressed his point using the ongoing arm purchase scandal involving the former National Security Adviser, Col. Sambo Dasuki to illustrate how corruption has held down the country’s march to development. According to him, while the sum of N51.829 billion was appropriated for 1,278 projects in the zonal intervention projects for 2015, only a total of 21 individuals and companies benefited from the Dasuki’s arms fund deal to the tune of N54.659 billion.

The implication, he noted, was that the amount received by 21 individuals and companies was more than the 2015 zonal intervention projects budget by N2.829 billion. “The value of what beneficiaries of Dasukigate contributed to development is zero, compared to how the lives of Nigerians would have been transformed, poverty reduced and livelihoods improved by the zonal intervention projects which – as we have shown – would have cost N2.829 billion less than Dasukigate,” Mohammed added.