Why banks are not funding fuel importation 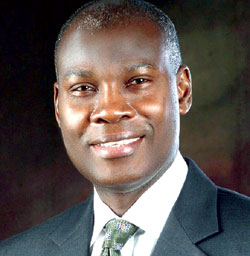 The fear of jeopardizing assets and incurring non-performing loans due to absence of a clear-cut policy statement from the Federal Government on oil subsidy are the major reasons banks are unwilling to lend to fuel importers.

This was disclosed by Timothy Oguntayo, managing director of Skye Bank Plc during  its pre-Annual General Meeting (AGM) press conference in Lagos.

He said that government’s reluctance in paying subsidy claims to petrol marketers has affected some of its loans in the downstream oil and gas sector.

He said the bank has N5 billion in exposures to the power sector which is being serviced because the loans were syndicated.

Oguntayo said Skye Bank has engaged consultants to review the viability or otherwise of subsidiaries of the Mainstreet Bank Limited, which it acquired.

According to him, the bank was discussing with the consultants to determine whether to sell the Mainstreet Bank subsidiaries, or retain them. “We want to finish that next June, ahead of time. Are the subsidiaries profitable? If not, we may sell them,” he said.

Oguntayo said Mainstreet bank was acquired to complement Skye Bank’s organic effort. Skye Bank paid over N126 billion for the Mainstreet acquisition, which he believes will enable it to expand its market share, improve brand awareness, size and industry positioning.

He said Skye Bank’s expansion bid to the South South and South East will be served by the acquisition of Mainstreet, which has many branches in those geo-political zones.

The bank CEO also said the bank’s exposure to the real estate segment is being studied, adding that the lender has not ‘really’ lost any money to this segment of the economy. He attributed some of the provisions done in that segment of the market to the Central Bank of Nigeria (CBN) prudential guidelines requiring that loans be provised, at certain stage, if it is non-performing.

Oguntayo said the bank is not negatively affected by the recent harmonisation of the Cash Reserve Ratio (CRR) at 31 per cent for both private and public sector deposits.

Value of govt bonds drops by 60.2%The integration of Skye Bank Plc operation with Mainstreet Bank has been completed by 50 per cent. (Skye bank acquired Mainstreet Bank in 2014.) This was disclosed by Timothy Oguntayo, managing director of Skye Bank, in its pre- annual general meeting conference. “The strategic intent of the acquisition of Mainstreet business is firstly for economies of scale. Firstly, there are locations Mainstreet is present which we are not, especially the South-East and some other areas.

“For the customer base, the addition of the two entities will give us a total of four million customers and most of these customers are coming with deposits that have been stable over a period of time and this will be adding value to Skye Bank,” he said.

In order to have a seamless integration with Mainstreet Bank, Oguntayo said Skye Bank had developed a roadmap on things it needed to do. “We have just taken over Mainstreet Bank and we don’t want to be in a haste to rationalise branches.

“But there are some that are obvious. For instance, if we are located on this side of the road and Mainstreet Bank is also on same side of the road. Unless the two branches can justify their existence, it will be a waste of money running two branches and two operating expenses. You know in Nigeria every bank has two generators. So, those are costs that we would avoid.