When Love Goes: Counting the hidden costs to the economy 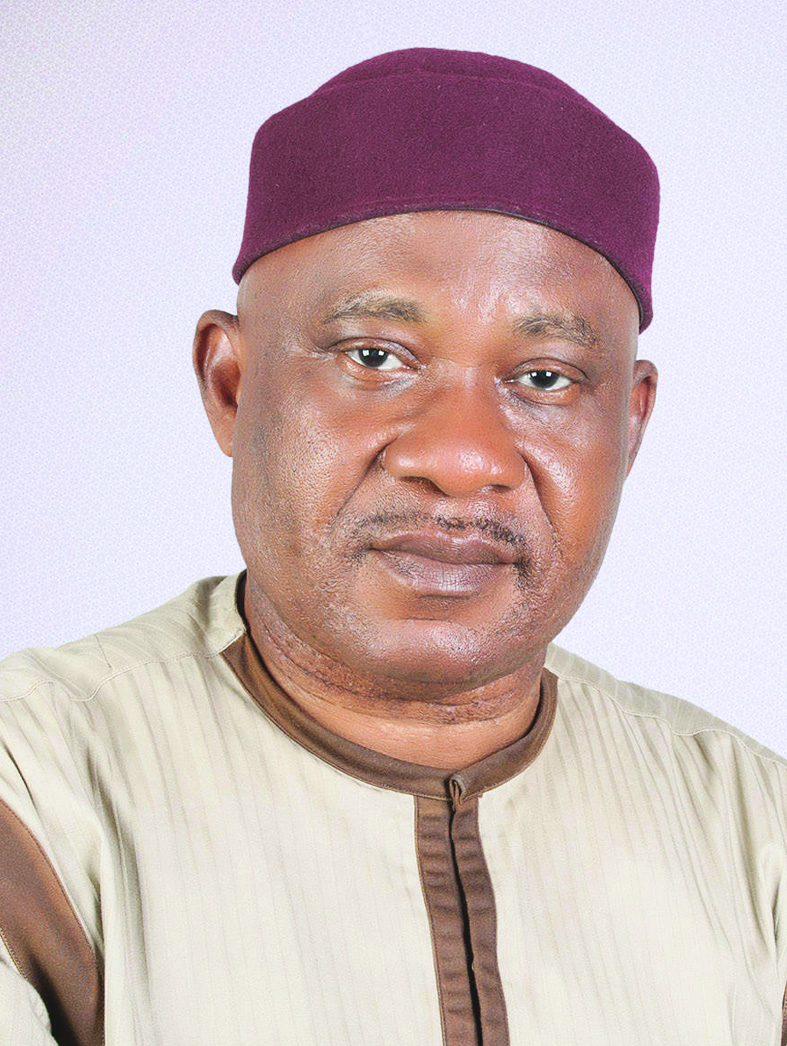 Mr. Oluwatosin Otaiku, 33, of Onikolobo, Abeokuta, Ogun State, Nigeria, stabbed himself to death in July 2014, when his fiancé, Oluwatoyin Olaogun called off their relationship for undisclosed reasons.

Mr. Otaiku’s death was evidently premeditated. He murdered himself with a dagger concealed in his pocket, in front of his lover, right there at the venue of a futile reconciliation meeting convened by concerned relatives and neighbours, when adamant Oluwatoyin insisted the relationship was over.

Broken-down love affairs, particularly those that end in irreparable circumstances such as the tragic case recounted above, are common-place today, often with grave social and economic consequences for the survivors. Truth and morality are in retreat in the affairs of man and woman nowadays. Consequently in many cases the centre, easily gives way and things fall apart.

Unrequited love elicits such mental upheaval that can drive the victim close to dementia in the immediate aftermath. At best, it leaves the individual a threatening volcano or a primed suicide bomber, ready to erupt.

What happened to Mr. Otaiku was the extreme case. Yet the lady for whom he killed himself would not unscathed. She is bound to suffer emotional and psychological trauma however much she may have hated her dead lover in the days leading up to the tragedy. The burden of the fact that a man died for her sake might leave her with a guilt complex and may even lead to social stigmatization in her community.

Now consider this. Had the relationship led to marriage and produced children, and Mr. Otaiku was the sole bread-winner, obvious economic and social hardship would have befallen the family he left behind. The responsibility for their up-keep would naturally fall on the immediate extended family, if they cared; but where they didn’t, the larger society would be the inheritors, one way or the other. When love goes, much goes with it; a lose-lose result is more often the case for all concerned.

The negative effects of broken-down relationships, whether or not they end in death, are legion, often unrecognized, and above all economically costly for all involved, including the society around the combatants.

Let us look at comparatively simpler cases. We have seen the case of an unloved, neglected and perhaps sex-starved wife who takes out her frustration on the spouse and the house-help. She nags, hen-pecks and generally makes the home a living hell for the husband. She would batter and enslave the domestic worker without qualms. She would do anything but leave or ask for divorce. If she had a job, office colleagues would be recipients of her tantrums and mood swings. She might become incoherent and listless, leading to loss of productivity and a plunge in her emotional quotient (EQ). As a consequence of all of this she may degenerate mentally leading to the development of costly medical conditions. In her secret, suppressed grief these conditions may include depression, anxiety, binging and ultimately high blood pressure. The economics of all this arise when these conditions require remediation.

The case of the unloved husband is not better. He becomes a terror, a batterer and tyrant in the house. In many cases he may find the young maid-servant a substitute wife, develops intimacy with her the consequences of which may be a further complication to an already bad case – she becomes pregnant by him. From here many things can happen, none of which helps the economy of the house or the society.

The love-wounded man may become a randy boss in the office if employed, sexually harassing and intimidating female subordinates; a despot to the male staff. Because the home has become a love battle-field which he dreads to return to each day, he may develop habits that cost loss of productivity, high health bills and expensive vices, including drinking, philandering, exposure to sexually transmitted diseases and ultimately death. In fact, in the ignorant search for new happiness through “love,” he may resort to corruption to pay for his newfound expensive vices.

Now if children are in the middle of all this, they easily get lost in the shuffle, left in the centre of the battle zone, unloved and uncared for by either parent. They may suffer not only loss of moral guidance but also educational neglect. In the worst case, the children become delinquent and deviant and soon a scourge to relatives and to the larger society. Someone has to pick up the economics of their growing up.

As things stand today it will not be an exaggeration to suggest that up to 90 percent of married couples live in denial, inside a hell created by themselves but unwilling, or reluctant, to truthfully admit it and escape from it, alive, all for fear of society’s unkind verdict, or purely out of ignorance about what co-habitation entails.

Here in our country where to be married has attained the high status of a life-dependent social symbol, many go into marriage armed only with hearsay opinions of others, most of it conflicting cultural and religious suggestions, hypothesis and conditioning handed down about how to achieve a marriage “made in heaven”.

Many couples in a relationship lack a clear understanding of the essence and meaning of Marriage or of being in Love. Much less do they understand the purpose of Marriage. And the parents, guardians or relatives who more often contracted, arranged, brokered or forced most of these unions are worse. Ignorance is piled upon long-standing myth and superstition.

The result has been all too obvious.  Anarchy, mayhem, utter chaos and widespread mortal combat raging in many bedrooms at night when the lights are out. In the morning wounded souls emerge from domestic battle fronts into the streets to meet an unsuspecting world upon whom they pour their bitterness.

Over 50 percent of young adult couples who are in serious relationships are not equipped with prior knowledge of the essential truths and requirements for marriage. The religious and other social institutions sometimes add to the confusion.

As a result the courtship and dating arena is now a dangerous no-man’s land littered with pieces of broken hearts, the graves of dead partners and a litany of tales of woe, deceit and disappointments, causing many, while licking their wounds, to swear that love does not exist. But it does, only that they lack the knowledge of its understanding and how to live it! Yes, love is lived and not merely imagined or fantasied; it is an attitude of mind marked by principled decisions and choices.

Now, is there a way out? Of course there is! All good things desired by man to live well and develop spiritually, have been made available in abundance by the benevolent Creator. That there is poverty, hunger and disease in the world today is not because sufficient provision has not been made by Nature. That there is widespread confusion, pain and suffering in inter-personal relationships in the world today also cannot be the intention of nature which constantly seeks to create abundance, harmony and peace everywhere. Rather it is because we have failed to learn and apply the right and natural ways to relate with ourselves. So the trouble is with us. We lack the necessary understanding to use the many gifts of Nature available within and around us. That, simply, is the trouble with love.

The way forward, first of all, is for all those in position of authority as teachers, sociologists, guardians, mentors, educators and care-givers to embark on an early and imperative education of young people in the home, schools, in religious and other social institutionson the true meaning of love. I will even suggest that it should be included in the curriculum of primary and secondary schools because of its importance. There is great need for an early recognition and acceptance by young people that loving is not a physical but a purely spiritual matter; and by spiritual in this context is not meant the “spiritual” of the religions. But rather the spiritual as represented by the nature and essence of each human being.

Introduction of the intellect, materialism or physical ingredients into a love affair as its foundation dooms it to failure from the start. The evidence is all around us. It is not for nothing that the early philosophers postulated that “real love is dumb, blind and deaf”. Consequently wherever and whenever two people real love, which is “dumb, deaf and blind”, encounter human opposition, families have fought in futility and left been torn apart, nations have gone to war, empires overthrown and kings and princes abdicate their thrones. In recent history astounded Britons were left aghast when their king, King Edward, rated his love for Mrs. Simpson, an American divorcee, over and above his throne. So, apparently rendered“dumb, deaf and blind”, the love-stricken monarch abdicated the throne of wealth, power and glory and instead followed the beautiful woman to America. Some called him a mumu. But that was the power of the real thing. Material considerations do not count in love.

This is why it is all too obvious that all tragedies and sufferings: social, mental, emotional, psychological and economic, engendered by failed love, can be easily and readily traced to the universal ignorance of mankind about the true meaning and practice of love. Again a saying comes to mind: “Money can’t buy love!” It is instructive! We will all agree that neither all the power, gold and diamond in the world nor all the billions of dollars legitimately made or stolen from crude oil deals, can make a marriage in Nigeria to be one “made in heaven” except it is founded on the true principles that define love. Which are?

A definition of true love holds it to be the unselfish and benevolent concern for the spiritual good of another. It is the true love that sees what would give SPIRITUAL benefit to the one loved and not necessarily what is pleasing to either party. In the understanding that the purpose of life is spiritual and not material, true love would do to the loved one that which would advance his/her spiritual development, even if what is done brings him/her physical pain or material deprivation.

Now, how many of us in a marriage or in a “serious relationship” are standing in the context of the above?

True love demands that we take just actions to ensure that those we love who desire to cheat do not have their way. We should never encourage our lovers who would want to reap where they have not sown, or would grab without intending to give, as is the case with most Nigerian politicians. If we did this in Nigeria, singly and collectively, the fight against corruption would have been far more successful than it is today and the economy would have been much better for it.

It follows therefore that exposing and stopping an act of corruption, in both the public and private sectors by a concerned individual, is not only an economic service of a high order to the nation but also an important spiritual help to the looter, an admirable portrayal of love for the spiritual benefit of the one we love but whose moral weakness led to corruption.

Chike B. Emenike, an engineer, is a consultant based in Lagos