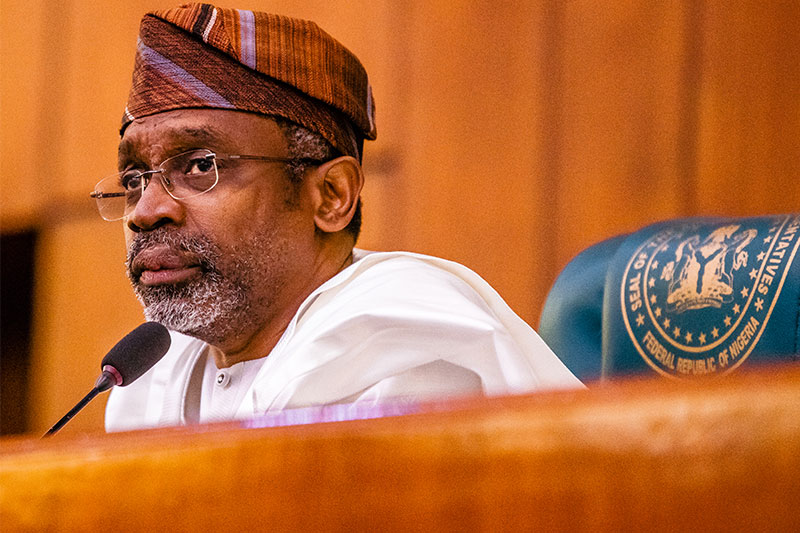 Members of the House of Representatives yesterday clashed over the controversial National Water Resources Bill. Representatives mostly from the southern part of the country and the opposition Peoples Democratic Party, raised various legal and procedural issues on the bill. This was as efforts by their northern colleagues to save the bill proved abortive as arguments by the PDP members and other opponents of the bill forced the Speaker, Femi Gbajabiamila, to order its withdrawal and reintroduction. He said the controversial bill should be properly gazetted according to the rules of the House.

The clash over the bill began when a first-time member from Benue State, Mr Bem Mzondu, raised a point of order, under Order 6 Rule 1(2) and (3), alleging that his legislative privilege was breached as the bill did not follow the due process and that a copy was not made available to him.

The Chairman of the House Committee on Rules and Business, Abubakar Fulata, had moved a motion on July 23, 2020, calling for the reopening of 11 bills, including the water resources bill,  not passed by the eighth  Assembly.

Fulata had prayed that the bills be withdrawn from the committees they were referred to and considered by the Committee of the Whole, as the panels had failed to meet their deadlines. The motion was unanimously adopted. In an interview on September 7, Fulata described the passage of the bill as a done deal, saying the process would not be reversed.

He said, “The bill can’t be stepped down because the House has passed it already. The lawmakers that are saying that they will step it down or that it was introduced illegally is because, may be, they were not there on the floor of the House when the members were given the opportunity to look at the bill not once or twice. Remember it was passed by the eighth Assembly.”

But on Tuesday, Mzondu, a PDP  member, recalled that on July 23, 2020, the House revisited the bill without following the standing rules. “I was deprived of my legislative privileges of sighting a gazetted copy of the National Water Resources Bill,” he said.

The lawmaker added that he was denied being part of the legislative process on the bill, noting that while the rule says new bills must be gazetted for consideration and the old ones abandoned by the previous Assembly must be re-gazetted, he could not find any document showing that the water resources bill was gazetted.

According to Mzondu, the rules of the House have been misapplied on the bill and the onus is on the Speaker to interpret the rules. Mzondu said, “This same water bill was listed as National Water Resources Bill 2020 but it was not treated as such. A bill that emanated in 2020 should have gone through first reading, second reading and third reading before passage. It was not treated as such and this is a denial of my representation of my people.”

The lawmaker also cited Order 12 Rules 16, 17 and 18 as stating that the bill “has no life” until it is treated as an old bill. He also stated that a bill should either be gazetted or its copy be made available to members. According to him, Rules 16 and 17 are about movement of bill from session to session while 18 is about assembly to assembly, which means the bill must be re-gazetted, being from the previous Assembly.

Mzondu said, “I,  therefore, rely on Order 8 Rule 8 that, that bill be rescinded and expunged from our records or be made to go through the necessary considerations that a bill will have to go through before it is passed, particularly considering the mood of the nation. We are here to serve the Nigerian people and not to serve ourselves. If Nigerians do not desire a bill,  we put it at rest or up for public debate and scrutiny for them to have their inputs.

“My rights have been infringed upon and as I stand, I cannot go to my constituency because I need to show them copies of this bill, and I have gone through all our journals but it is not there. I, therefore, move that this bill be rescinded, expunged or begin its journey from the start.”

The President, Major General Muhammadu Buhari (retd.), had in 2017 presented the controversial bill to the National Assembly. The proposed law seeks to transfer the control of water resources from the states to the Federal Government. The bill was titled, ‘A Bill for An Act to Establish a Regulatory Framework for the Water Resources Sector in Nigeria, Provide for the Equitable and Sustainable Redevelopment, Management, Use and Conservation of Nigeria’s Surface Water and Groundwater Resources and for Related Matter.’

Gbajabiamila, however, interrupted Nkem-Abonta and urged lawmakers to first speak on the issue of procedure.

The Chairman of the House Committee on Water Resources, Mr Sada Soli (APC/Katsina) argued that the bill had passed through the normal processes, stating that it did not breach any part of the constitution. The lawmaker recalled that Gbajabiamila, as Majority Leader in the eighth  House, actually led the debate for the bill.

Soli said, “This bill followed the normal procedures as enshrined in the orders of this House. My brother, Abonta, was sitting for nearly one hour when this bill was considered and passed on this floor. He was here. So, when a member is saying that this House has no right to entertain it because of certain provisions of the constitution, it is not true. We must not misinform members on this bill.”

When Soli said “I can remember that clean copies (of the bill) were distributed on this floor,” many lawmakers shouted “no!” The lawmaker stated, “Attempt to short change the rules, Mr Speaker, we will challenge that decision.” However, the irregularity in the process became clearer when Fulata said the bill was treated according to Order 16, while he cited Order 18 earlier in July.

Fulata (APC/Jigawa) recalled that the bill was passed by the eighth  House. He read out Order 12, Rule 16, which also talked about re-gazetting or making copies available and that an old bill should only be committed to the Committee of the Whole.He, however, said, “By this rule, the issue of committing a bill to a fresh start is out of place.”

Gbajabiamila asked Fulata if he felt Rule 16 was what was applicable, the lawmaker responded in the affirmative.  Speaker said, “We have read Rules 16 and 18 and both of them have one thing in common and that it re-gazetting. Although Rule 16 gives an alternative to say ‘or copies be made available’, what we need to find out now is whether or not it was re-gazetted or not.”

Faulting  Fulata’s claim that Rule 16 was applied to the bill, Nkem-Abonta presented the Order Paper of July 23, in which Fulata moved the motion to revisit the bill based on Rule 18. Responding Gbajabiamila said, “Chairman of (Committee on) Rules and Business is saying he is relying on Rule 16 and you are saying that the motion on the Order Paper relied on Rule 18. Can I have a look?”

“I will tender it,” Nkem-Abonta screamed.

The Deputy Speaker, Ahmed Wase, recalled that members, especially those in the opposition, had once frustrated consideration of the bill, alleging that they were attempting to change the rules to be applied midway. “I know that there was no way we should have considered a bill without a notice,” Wase said, alleging that most of the antagonists might not have been in the chamber when the bill was earlier passed. Leader of the PDP caucus, Mr Kingsley Chinda (PDP/Rivers), warned against not being thorough with the process as it might lead to a flawed law.

Chinda said, “What I believe our colleague (Mzondu) has raised is that his right as a parliamentarian has been infringed upon as a result of wrong procedure. And Mr Speaker, a lot of us align with that position. Simply, we ought to re-gazette this bill. And the simple truth is if we fail to address the procedure, even if it is assented to by Mr President, the court can set it aside.

“What is wrong in adopting in the proper procedure? He is not asking that the bill should be killed; let us re-gazette it. There are members who were not in the previous Assembly, who did not have the opportunity of seeing that bill gazetted; give them the opportunity.”Ruling on the matter, Gbajabiamila pointed out that matters of privilege were not meant to be debated,  but he allowed comments due to the sensitivity of the matter.

The Speaker recalled how accelerated passage of the controversial Control of Infectious Diseases Bill was met either stiff resistance by members of the public, forcing the House to reverse the process and subject it to a  public hearing.

He said, “On the issue raised by Hon Mzondu, he has backed it up with clear language of provisions of our rules, which state that any such bill must be re-gazetted. The Chairman (of the Committee on) Business and Rules sought to rely on Rule 16, which gives a window of either re-gazette or clean copy. Unfortunately, it appears some people have done their homework.

“I think we should err on the side of caution. I think the bill should be sent back to be re-gazetted and brought back to the floor, so that we can reconsider it and nobody will have any issues at that point; right thing would have been done. Chairman Business and Rules, please, send the bill for re-gazetting and bring it back to the floor.”

Several lawmakers clapped over the ruling.

Commenting on the development, the Cross River State Commissioner for Information and Orientation, Asu Okang, in an interview with The PUNCH, said, “For us the reversal of the water bill is a welcome development.” Also, the Bayelsa State Government described the withdrawal of the water resources bill as “a big relief.”