US Open: Serena moves into Last 16 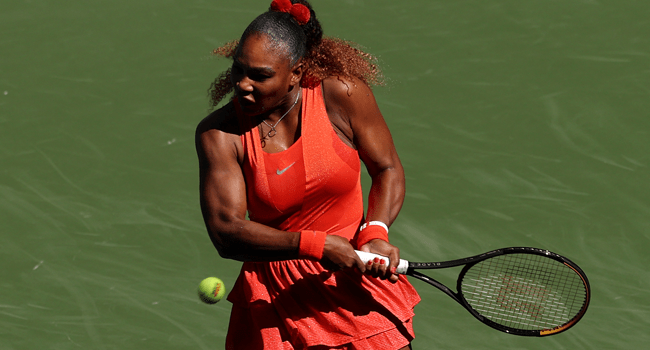 Serena Williams overcame an early scare to defeat fellow American Sloane Stephens and move into the last 16 of the US Open on Saturday.

Williams, the third seed, lost the first set convincingly before rallying to dominate the next two, triumphing 2-6, 6-2, 6-2 inside a near empty Arthur Ashe Stadium.

“It was intense, I have to say. We always have some really incredible matches and it brings out the best of my fitness when I play Sloane,” said Williams.

Stephens, the 26th seed and 2017 US Open champion dumped Williams out of the 2013 Australian Open during her sensational run to the semi-finals as a 19-year-old.

And after dropping the opening set, Williams feared that she was about to fall victim to a major upset again.

“In that first set I don’t think she made any errors, honestly. She was just playing so clean and I just said, ‘I don’t want to lose in straight sets.’

“Next thing I know, I won the second set and I was like, ‘Okay, great,’” Williams added.

The 38-year-old, gunning for a record-equaling 24th Grand Slam singles title, will play Greece’s 15th seed Maria Sakkari for a place in the quarter-finals.

Sakkari stunned Williams in three sets at the Western & Southern Open, a US Open tuneup, in New York last week.