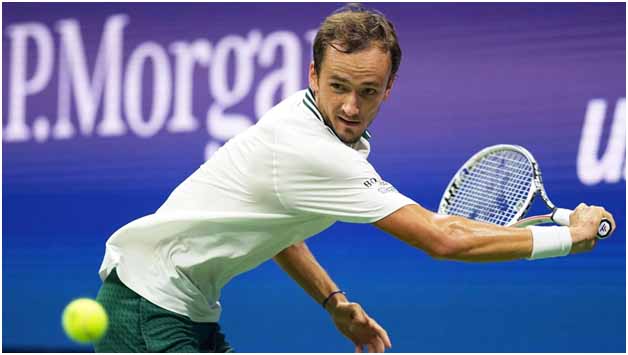 The Russian raced through to a two-set lead but Van de Zandschulp, despite looking exhausted, hit back. 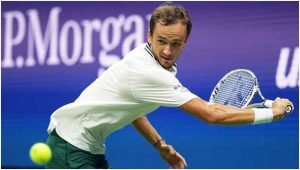 Medvedev will face Felix Auger-Aliassime in the last four.

Alcaraz had become the youngest player in the Open era to reach the US Open men’s last eight, having stunned Greek third seed Stefanos Tsitsipas in the third round.

But, after showing no signs of injury during the first set, Alcaraz started to struggle in the second, ultimately indicating he could not go on. He later said he had felt the thigh problem before taking to the court.

“It’s really tough to end a great tournament like this,” said Alcaraz. “I had no choice.

“First of all I have to take care of my body. I didn’t feel good to still play, so I had to retire.”

Auger-Aliassime added: “I didn’t see it coming. I thought we were putting on a good show.”

Medvedev is seen as the most likely person to stop to Novak Djokovic’s bid for a calendar Grand Slam.

He lost to Djokovic earlier this year in a lacklustre Australian Open final but reached the final in New York two years ago, where he was beaten by Rafael Nadal in five battling sets.

“In 2019 it was my first Grand Slam breakthrough. New York is already my heart,” the 25-year-old said in his on court interview.

“So semi-finals again, I want to do a bit better than the last few times and do this last test which is the toughest,” he said.