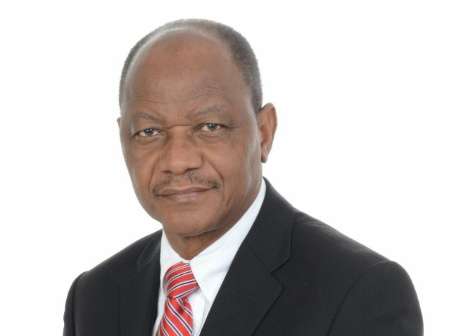 On the 12th of April 2020, the Council of the University of Lagos took a very bold step. It removed the Vice-Chancellor of the University for several reasons. Some of the allegations made against the Vice-Chancellor were that, he spent a phenomenal amount of money without budgetary allocation or approval. He spent approximately N120 million renovating his official residence and those of his cronies. In the case of the Bursar, the amount of money spent on the renovation of his house could build the house from scratch. Even in the very few cases where he sought approval(that is in about 10% of the reported cases), he exceeded the approval limit. He engaged in contract splitting.

These are major crimes under the Procurement Act. The Vice-Chancellor was caught red-handed altering marks during an interview session. He altered the marks to favour a certain Mr. Oloyede to become the Director of Works of the University. Interestingly, the same Mr. Oloyede had been recommended not suitable for a senior position in the university’s Works Directorate because of the corrupt practices in the Directorate that he was an integral part of. The Vice-Chancellor sought to corruptly install someone implicated in corrupt practices as the Director of Works of the university. The Vice-Chancellor collected and shared security votes in the university without any form of approval. This money was being paid to the Dean of Student Affairs without any record ostensibly to keep the peace in the university. It is important to further investigate whether this money was shared with the leadership of the main academic union (i.e. Academic Staff Union of Universities (ASUU)).It was also discovered that all the Internally Generating Units (IGUs) had no accounts and moneys generated from these businesses were being siphoned by the Vice-Chancellor and the University Management for purposes that were not found in the books of the university.

After the Visitation Panel was inaugurated, it commenced work by interacting with the various persons who had submitted memoranda and those that it wanted to obtain information from. The hearing was in private without stakeholders, the university community or the press. This is clearly wrong and provides the environment for concealing information. The panel discouraged persons who submitted Memoranda supporting Council’s decision from appearing before it and it was extremely hostile to those who managed to appear before it and testify to the Vice-Chancellor’s corrupt practices. By contrast, the panel allowed persons who did not send memoranda to appear in support of the Vice Chancellor. Some members of the panel were so unhappy with the evidence before them as it was very detailed and revealing against the Vice Chancellor. These members harassed the witnesses who stood their ground on the issues raised. For example, a Council member, Dr Saminu Dagari, who chaired the panel that discovered abnormal expenditure was so harassed by the panel, that he left the room, stating that this was the worst example of a Kangaroo Panel. They wanted him to deny the contents of his report. He stood his ground but cried uncontrollably for Nigeria. The panel actually queried a Treasury staff and was more interested in how he got all the vouchers that indicted the Vice-Chancellor. His reply was that he applied for the records officially. The Director of Works gave a lot of evidence on how Prof. Ogundipe made fictitious approvals and made fraudulent payments on non-certified work. He explained that the Ogundipe unlawfully bypassed him to perpetrate these onerous crimes. But the panel was not interested in these revelations.

One of the members of the panel in trying to exonerate the Vice-Chancellor sought to justify Ogundipe’s N49million spending by claiming that it was spent over a period of time for the same purpose and therefore was not unlawful as long as he did not exceed his spending limit at any given time. This was to say the least a very silly defence. Spreading payments of a project in bits and pieces to enable it stay within an approval limit is contract splitting and an offence under the Procurement Act. Section 20(e)of the Procurement Act provides that the Accounting Officer (in this case the Vice-Chancellor) of a procuring entity shall be responsible for “ensuring that no reduction of values or splitting of procurements is carried out such as to evade the use of the appropriate procurement method.” Similarly, Section 58(3)(d) of the Act provides that “splitting of tenders to enable the evasion of monetary thresholds set” shall constitute a criminal offence under the Act. It must, however, be noted that this attitude is not surprising.

The last conspirator was a Professor of Law from Ahmadu Bello University, Prof. Adamu K Usman, who was an embodiment of hostility to the witnesses against Ogundipe and with a largely suspect knowledge of law. Even though he claims to be a Professor, he has never held any position of authority in the University. His attitude was abysmally poor. Apart from the Panel being poorly constituted because of the preponderance of Vice-Chancellors, the Secretary of the Panel, Grace Ekanem, was a serious nuisance. Grace Ekanem is the Director of Legal Services in the Federal Ministry of Education. She approached the issue with a closed-mind. She harassed every person that came in to support the removal of the Vice-Chancellor. Even though, she was a Secretary to the Panel, she was more active than members. She had a mandate from the Permanent Secretary, Sunny Echonor, to distort all issues in favour of Ogundipe. She came in with a secretariat of three persons making four persons from the Ministry of Education. They carried out the Permanent Secretary’s wish with ruthless precision. Their policy was to bury the truth and promote falsehood. Echonor’s presence in the Ministry of Education has been a disservice to Nigerian Education System and we hope the Head of Service is aware. Grace Ekanem as a representative of the Ministry of Justice, she was a monumental disappointment. It is important to investigate her motivation for this poor behaviour. The Attorney General of the Federation must investigate her thoroughly. Contrary to the Minister of Education’s directive that no member of staff of the University of Lagos should participate in the exercise, Ogundipe deployed members of his office to the venue of the sitting.

They were there to promote Ogundipe’s interest by perverting justice. The Panel fought hard to ensure that the clear evidence of contract splitting by Prof. Ogundipe were watered down. Ogundipe had exceeded his limit in almost every spending. Furthermore, the direct evidence that Professors Ogunsola, Familoni and Chukwu misappropriated university’s funds by collecting estacode allowance for foreign trips and also collecting Local Running allowance for the same trip was down played. This is a crime of stealing under the laws of Nigeria. Only a Panel of men of questionable esteem and reputation could try to conceal these facts. The good fortune is that criminal prosecution in `Nigeria is not time barred. At the appropriate time, these culprits and the members of this panel will be liable to be charged for the crime and their accomplices in the Panel to the crime of contract splitting. This step will go a long way in improving the quality of Administrative Panels in Nigeria. How did Nigeria get to this level? How could the Ministry of Education create such a problem? Babalakin’s Council removed Ogundipe for fraud and mismanagement. All the appointees of the Federal Government on the University Council supported the Pro-Chancellor’s position. This itself is a great testimony to Babalakin’s leadership. The university community had accepted Professor Omololu Soyombo as Acting Vice-Chancellor. It was at this stage that the Ministry chose to reverse this great achievement by setting up a Visitation Panel that has been described by even a member of the Panel as rubbish.

Government lost a great chance in re-introducing discipline back to the University system in Nigeria. The composition of the panel is so terrible and it is difficult to resist the conclusion that from the onset, it was a Kangaroo tribunal. What is more terrible is that it came from the Ministry of Education that is expected to be an elite Ministry. How can a Committee of Vice-Chancellors investigate a `Pro-Chancellor? How can subordinates of the Pro-Chancellors who are beneficiaries of the warped system examine the activities of a Pro-Chancellor who is resisting their nefarious activities? Echonor’s emergence as the Permanent Secretary of the Ministry of Education is really unfortunate. He has deliberately or inadvertently enthroned mediocrity in the Ministry. We await the report of the Visitation Panel. Since the visitation was held behind closed doors, we expect to see the transcript of all submissions made by all those who gave evidence during the hearings. To ensure that the principle of fair hearing is adhered to, this transcript must be released along with the findings of the Panel. It is consoling that the Panel mentioned that the entire proceeding was recorded. Nigeria must move away from this sort of Kangaroo arrangement. It belittles us as a country when we are unable to practice very elementary principles of Justice.