The United Nations food chief has warned that the war in Ukraine has created “a catastrophe on top of a catastrophe” and will have a global impact “beyond anything we’ve seen since World War II”. It said many of the Ukrainian farmers who produce significant amount of the world’s wheat are now fighting Russians. 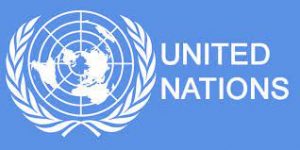 Already, Nigeria is beginning to feel the heat as prices of various brands of wheat are on the increase with a 5 kilogramme bag of wheat which sold for N1,700 before the Russia-Ukraine crisis now selling for N2, 300 while 10 kilogramme has moved up to N5400 from N5000.

The Central Bank of Nigeria (CBN), Director of Development Finance Department, Mr. Phillip Yila Yusuf, had at the Wheat Conference and Stakeholder Engagement with the theme ‘‘Improving and Sustaining the Wheat Value Chain Development in Nigeria in Abuja, last October said wheat is the second largest contributor to Nigeria’s import bill at over $2 billion for the importation of over 5.0 million metric tonnes of wheat yearly.

Data from the United States Department of Agriculture show that between 2010 and 2020, as consumption level of wheat rose, the country failed to grow more wheat, instead it closed the shortfall in supply by significantly importing 98 per cent more wheat.

He said his agency was feeding 125 million people around the world before Russia’s invasion of Ukraine on February 24, adding that it has had to start cutting their rations because of rising food, fuel and shipping costs. He pointed to war-torn Yemen where eight million people just had their food allotment cut by 50 per cent, “and now we’re looking at going to zero rations.”

The war in Ukraine is turning “the breadbasket of the world to breadliness” for millions of its people, while devastating countries like Egypt that normally get 85 per cent of their  grains from Ukraine and Lebanon that got 81 percent in 2020, Beasley said.

He said the war is going to increase the agency’s monthly expenses by $71 million because of rising food, fuel and shipping costs, saying that will amount to $850 million a year and means that there will be “four million less people we’ll be able to reach.”