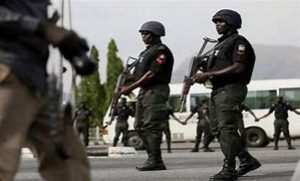 A magistrate’s court sitting in Port Harcourt, Rivers State, has sentenced two persons to 24 years’ imprisonment for stealing a two-year-old child. The convicts were said to have committed the crime in 2020 while the child’s mother was sweeping her premises in Oyigbo, Rivers State.

Counsel for the International Federation of Women Lawyers in Rivers State, Kemi Ogunaike, said the convict went into the child’s mother’s house and kidnapped the two years and four months old boy when the mother was sweeping.

She said the first convict who was known by the child, fled with him.

Ogunaike further said the grieving mother started looking for her son, but did not find him. Thompson was later apprehended by the police.
The convict was said to have confessed that he gave the child to the second defendant (Emmanson) and throughout the trial, they both refused to tell the court who they gave the child to.

Till date, the boy has not been found.