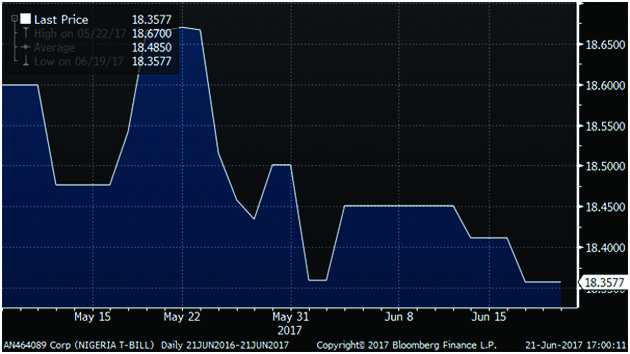 The impressive first quarter results for 2017 declared by many deposit money banks in Nigeria may not be a true reflection of the state of the banks as they appear to be going through tough times, writes Osaze Omoragbon

Nigeria is believed to be gradually exiting the recession it slipped into last year, but the coast is not clear for banks that built up toxic assets during the downturn, according to analysts. Although several deposit money banks have declared impressive first quarter results for 2017, there are indications that many are poised to further reduce cost due to thinning margins. Investigations by TheEconomy revealed that some of the banks are in the process of laying-off more workers and closing unprofitable branches under the guise of performance review and streamlining activities. Their cause is masked by the need to deploy technology, especially as they are deploying digital banking services across the country.

According to a source in one of the top five banks, profit lines have been reduced to few activities especially foreign exchange (forex) trading. Even this activity, the source says, is less profitable than it used to be due to excessive regulation by the Central Bank of Nigeria (CBN). “Indeed, there is a tough time ahead for the banks,” says a financial analyst who preferred anonymity. He says banks are vigorou 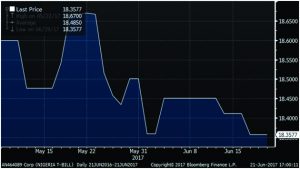 sly cutting benefits such as reducing foreign training, overseas medical treatment and other benefits to shore-up the bottom-line.

It is believed that some have benefited from CBN’s push to diversify the economy including its move to provide access to forex for SMEs. Banks, it is revealed, often divert such funds for other purposes to earn more profit. “The most important source of income is forex for importation or capital repatriation and not income from risk-asset generation,” says another banker who prefers anonymity.

Banks have also benefited from the sale of treasury bills which pays an interest rate of over 18 percent. This risk-free investment has certainly helped some of them to recoup their losses.

Since the drop in crude oil prices that led to the scarcity of dollars, the CBN has been strict with its guidelines on supply of forex. The CBN Governor, Godwin Emefiele has not hidden his desire to sanction any bank that violates the terms of their forex trading license. Indeed, the CBN sanctioned about 15 banks in May, this year for refusing to sell forex to SMEs to enable them import eligible items. Still they use ingenuity to circumvent CBN’s regulation in forex trading, according to a source which calls for more monitoring from the apex bank.

The big banks, some analysts say, are doing well due to implicit guarantee of access to resources from the CBN. They point out that CBN’s requirement for accessing forex always favour the top banks due to the size of their balance sheet. They get preferential treatment when it comes to accessing forex and bidding for treasury bills. In fact, some big banks were able to make profit from the recent Paris-Club refund to states which they also lent back to them, making more profit in the process.

The smaller banks are having a tough time to the extent that they are finding it difficult meeting regulatory measures of soundness. Some have fallen short of the capital adequacy and liquidity ratio regulatory threshold of 15 percent and 30 percent respectively. Alhaji Umar Ibrahim, Managing Director of the Nigerian Deposit Insurance Corporation (NDIC) had earlier this year debunked rumours of distress in the Nigerian banking sector. He however acknowledged that they were stressed by poor corporate governance, insider loans and non-performing loans. Indeed, there were rumours earlier this year over the imminent distress of Heritage Bank which the bank and the apex bank strenuously denied. Skye Bank is said to be burdened by legacy toxic assets of Mainstreet Bank after it acquired it while it was rumoured that Keystone Bank is yet to find a suitor. Last year, Deposit Money Banks (DMBs) racked-up non-performing loans of 14 percent of total asset which almost tripled the five percent regulatory threshold.

What then is the outlook for the banking sector? Industry watchers believe the regulators need to be vigilant against infractions by banks that are known for their legendary ability to circumvent regulations. Banks often walk a tight rope between balancing their bottom-line and adhering to ethical standards during periods of downturn. The CBN would do well to ensure they adhere to regulation under any circumstance.