The Airband initiative will see the rollout of high-speed Airband internet infrastructure in Oyo State, in the southwest of Africa’s most populous country. 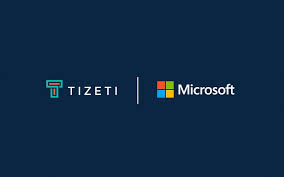 According to the announcement, the Airband initiative supports both Microsoft and Tizeti’s shared goal of connecting more people to the internet in a cost-efficient way, as well as part of its commitment to empowering more Nigerians, stimulating economic activities, and widening the broadband envelope in Africa with affordable broadband connectivity.

With forty percent broadband penetration in December 2021, millions of Nigerians are still excluded from the global digital economy.

Through the Microsoft Airband Initiative, Tizeti and Microsoft say they will use low-cost wireless technologies to make it easier and cheaper for people, especially those in underserved communities, to access the internet and get connected to the digital economy.

Speaking on the partnership, Tizeti’s CEO, Kendall Ananyi, said that Microsoft Airband collaboration will complement Tizeti’s existing initiative in Oyo State and lay a foundation for a robust and thriving digital ecosystem for the large population of vibrant, young people in Oyo State.

“We are happy to work with Microsoft on the Airband Initiative as it extends our mission of bringing affordable and reliable internet to more Nigerians outside the digital envelope,” Ananyi said.

Tizeti recently launched its fixed wireless network in Oyo State, southwest Nigeria, to provide significant opportunities for cities in Oyo State that have not had sufficient broadband infrastructure and to improve the state’s competitiveness with high-speed, and unlimited, yet affordable broadband internet.

“That’s why Microsoft is working with providers like Tizeti to connect the unconnected, expand opportunity, and close the global digital divide.”