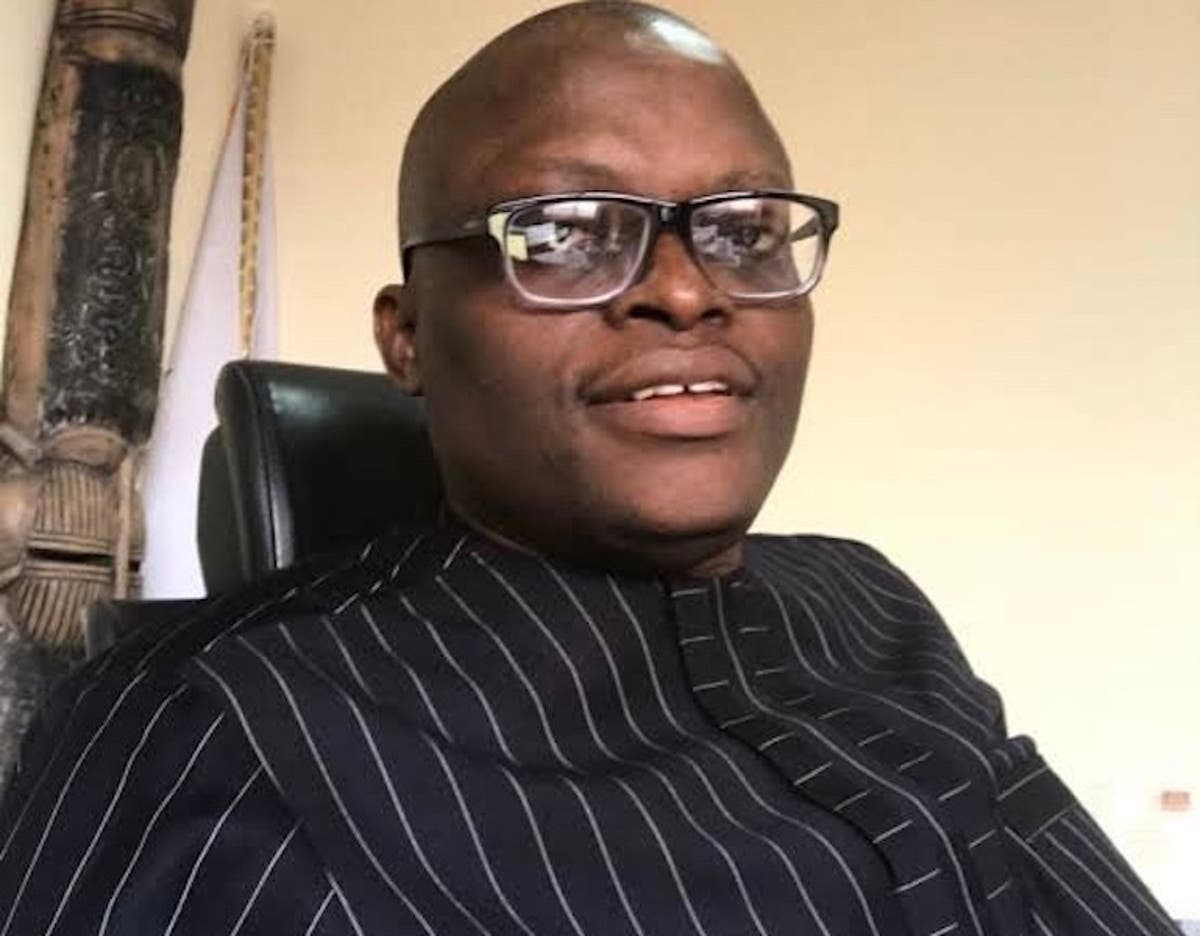 Bola Tinubu, national leader of All Progressives Congress (APC), for some strange and unnecessary reason, made himself an issue in the just concluded Edo State governorship election. For an election whose dominant message was a protest against godfatherism, a message aptly projected with the #EdoNoBeLagos hashtag on social media, it was ill-advised for Tinubu, the last of the godfathers whose persona is synonymous with Lagos, to have made a video broadcast appealing to the Edo people, a few days before the election, not to re-elect incumbent Governor Godwin Obaseki. I was a little surprised that Tinubu, an accomplished political strategist, persuaded himself, or allowed himself to be persuaded, to make such a video broadcast that was dumb in concept, poor in messaging, and weak in presentation.

That the video broadcast was conceptually dumb I have highlighted in the opening paragraph with the #EdoNoBeLagos hashtag, something akin to the #Otoge campaign drive which swept away the Saraki political family in Kwara State last year. The presentation was weak. Rather than sit upright, or better still stand, Tinubu leaned forward on his chair, hands fidgeting on the table. His hesitancy in vocalizing some words and expressions added to that lack of surefootedness. In messaging, Tinubu rather than project the strength of his party’s candidate, embarked on a meaningless ego trip by describing himself as “a leader of all democrats regardless of political party…” Having been long addressed as National Leader of the APC, a title which although has in its origin in how President Muhammadu Buhari used to address him, perhaps to humour him, in the early days of the formation of the APC shortly before the 2015 elections, Tinubu perhaps decided to take liberty by extending that hollow title to other parties. Thereafter, he arrogantly made himself an issue in the election by saying: “I have suffered with many others to bring about this democratic regime that today we are enjoying…” Such trumpeting would have been meaningfully blown by other people. For a man who decides, almost single-handed, who is elected what in Lagos, he didn’t appear to notice the irony in his brazen condemnation of Obaseki for dictatorship.

Tinubu’s video broadcast not unsurprisingly fuelled the fire of the outcry against godfatherism and roused Edo sub-nationalism, forcing the hands of undecided voters to cast their ballots in Obaseki’s favour. Although the reasons for Obaseki’s victory resulted from a combination of the people’s vigilance, INEC’s decision to upload results from the polling units straight to its portals, the internal schisms within the APC resulting from the scheming for power and control post-Buhari, and the growing dissatisfaction with the APC over general insecurity and increasing hardship from the policies of the Buhari administration, most people attributed APC’s loss to Tinubu’s video broadcast. The narrative therefore being shaped out there is that, outside of Lagos, Tinubu is an electoral liability.

Nothing, for now, would possibly give greater satisfaction to Tinubu’s competitors in APC, and the opposition PDP (People’s Democratic Party), than incumbent Ondo State Governor Rotimi Akeredolu losing the election scheduled for October 10. An APC loss in Ondo, Tinubu’s southwest base, would perfectly serve the narrative in a well-calculated strategy of isolation and decapitation. Were APC to lose Ondo, then Tinubu’s opponents – opponents comprising of elements within his party, some presidential aides protecting their principal or promoting their self-interests, some state governors uncomfortable with his 2023 ambition, and some of his former proteges who got federal appointments in spite of him; and those in the opposition PDP who blame him and sacked APC National Chairman Adams Oshiomhole for their defeat in 2019 elections – would have more reason to gloat as they sharpen their swords for the final battle.

And those after Tinubu, if how he was mocked the day after Obaseki’s victory in Edo was anything to go by, are bound to have a massive crowd of people across the country baying for his blood. It is pretty clear that the godfather tribe of politicians in which Tinubu is the most significant symbol has never been this unpopular. More and more people are getting tired of his type of political godfather, one who mostly decides who gets what position, when, where and how; and one who seems to revel in his ability to plant, and uproot, a governor in Lagos whenever he wanted. Tinubu ought to be worried by the pervasive perception that his politics of domination and aggrandisement delimits the governor’s freedom, if not restrains the state from growing faster than it is. It is ironic that Tinubu, who came to political limelight by joining forces with Dapo Sarumi in the then SDP (Social Democratic Party) of the aborted Third Republic to stop the “Baba so pe” godfather syndrome during the hey days of Lagos State Second Republic governor Lateef Jakande, would end up being Nigeria’s most powerful godfather today. However, with the growing alliance of powerful forces against him from within and outside of his southwest political base, Tinubu would need to review his strategy with eyes on self-renewal if he was not to end up, like Jakande, a political museum piece.

Although Tinubu almost always found a way of bouncing back after every political setback, with the present alliance of powerful forces out to weaken, if not completely eviscerate him, there’s the possibility of him regretting his political marriage with Buhari that sired the APC. The fusion of the CPC (Congress for Progressive Change), ACN (Action Congress of Nigeria), ANPP (All Nigeria Peoples Party) and breakaway factions of APGA (All Progressives Grand Alliance) and PDP which initially appeared to have strengthened Tinubu’s hands may end up being his Achilles heel.

Long before the formation of APC, Tinubu had in 2003, as governor in Lagos, played smart politics to survive then President Olusegun Obasanjo’s decimation of the Alliance for Democracy (AD), the party in control of the six states in the southwest since 1999. As Obasanjo’s PDP ruthlessly took over the subregion, Tinubu survived and became the face of the opposition, challenging the Obasanjo administration at the Supreme Court, in the media, at National Economic Council meetings, and in every available public space. He strongly pushed for restructuring and fiscal federalism. He received considerable support from the generality of Lagosians, including the elite who had become suspicious of Obasanjo’s desperation to make the country a one-party state. With the AD hopelessly compromised and divided, Tinubu led some young elements within the party to form the Action Congress (AC), which in no time transformed into the ACN, and one after the other, took over all the states in the southwest.

Having emerged the foremost politician in the southwest, Tinubu became feared and respected and envied, all in equal measure. Unlike other political godfathers, he identified talents and empowered them, planting his associates in different elective offices, yet occupying none. Although the ACN did not have the national reach to produce the president, the candidates of the other parties could not make serious inroad into the southwest without talking to and reaching some form of accommodation with Tinubu. This was what persuaded Buhari’s handlers in CPC to cobble him into that marriage with Tinubu.

The ACN, on the other hand, saw in Buhari’s ready 12 million votes from the north a short cut to taking over the centre. For a party said to be for all progressives, the APC elected Buhari, an arch conservative, as its presidential candidate. At the party’s 2014 Convention in Lagos, Tinubu was central to the emergence of Candidate Buhari, a man who did not even believe in some key issues like restructuring, central to the party’s manifesto. From the time the Buhari administration was inaugurated in May 2015, what had served Tinubu so well in the past became his weakness. He became a caricature of his old self, swallowing the ideals he had hitherto stood for, ideals that had helped forge his political character. He lost his voice on Buhari’s clannishness, and became the administration’s apologist on woolly economic policies, herdsmen incessant killings and worsening Boko Haram insurgency. Some were quick to anchor this new face of Tinubu on the peg of his 2023 presidential ambition. Even at that, the internal contradictions within the APC and its government began to unravel and chip away at the foundation of his access, influence and power.

Central to this was Tinubu’s decision not to offer himself for any office in government or the party. Although he had planned to be Chairman of BOT (Board of Trustees), the nPDP wing’s opposition to that office going to the ACN wing that already provided the National Chairman, truncated the inauguration of the Board. Though addressed as National Leader, the title was hanging in the air as the APC constitution has no such Office. As a result, Tinubu had no locus to participate in meetings of the party’s decision-making organs. Yet he wanted to be involved, if not solely decide, as he was wont to do in the ACN, who was picked as the party’s governorship candidates in states under his influence, who was qualified for re-election as governor or senator, who the party should support for Senate President and House Speaker, and who should be the party’s national chairman, etc.

But the APC is no ACN. Presidential aides, either acting on instructions of their principal or working on their own, easily put together a coalition of some state governors and ministers and party officials to undermine Tinubu all the way, ensuring those he did not support picked the governorship tickets, or making sure many of his nominees for appointment as ministers and heads of agencies were dropped for those he didn’t want. Some of his associates even opted to operate out of his orbit. Senator Ibikunle Amosun, immediate past governor of Ogun State leveraged on his long-term friendship with Buhari to carve a different, even if conflicting, path. Ekiti State Governor Kayode Fayemi has since charted an independent course. And Minister Babatunde Fashola appear indifferent.

Tinubu had long been given a taste of what was to come when midway through Buhari’s first term in office, he was cut off from the power loop and denied access. However, he was allowed to regain his bounce to exploit his utility value for Buhari’s re-election last year. He has once again been pushed back as he wasn’t consulted before Oshiomhole’s National Working Committee was dissolved. As things are, the forces against Tinubu, in and outside of the APC, are advancing their strategy of delegitimization, isolation before decapitation. Edo State Governor Godwin Obaseki called Tinubu an extra constitutional power who wouldn’t stop trying to lord it over those with constituted authorities and so pose a danger to democracy. So early in the day, there are already fears in the camp of Lagos State Governor Babajide Sanwoolu that Tokunbo Abiru, the APC candidate for the senatorial bye election in Lagos East, is being positioned for 2023 governorship; in other words, that Tinubu may not allow the governor a second term. Though wild, the fears are legitimate considering that immediate past governor Akinwumi Ambode was denied a second term; and Tinubu was initially opposed to Fashola’s second term but had to back down on weighing the heavy political costs. This narrative may not be more than hot air, but it fits into the grand scheme to disempower Tinubu.

APC’s constitution of a new executive by the end of the year will open the flank for the final showdown. If he is to make any progress in his 2023 presidential ambition, or even extend the currency of his political relevance, Tinubu would need a comprehensive makeover, a repackaging from the overbearing and grabbing godfather. Will Tinubu be able to reinvent himself? That is the difficult question.