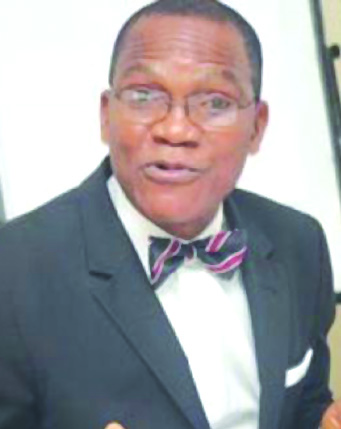 The Federal Government recently unveiled a new debt management strategy to run for three years from 2016 to 2019 with a marginal increase in external borrowing, increased commitment to capital projects execution and long term borrowing as against short term. A major element of the strategy is that over the medium term, there will be a remix in the public debt portfolio from 84 percent domestic and 16 percent external to 60 percent domestic and 40 percent external.

The Director-General of the Debt Management Office (DMO), Dr Abraham Nwankwo, who unveiled the three-year debt management strategy in Abuja, said it was approved by the Federal Executive Council and is aimed at economic recovery and diversification. Nwankwo said the initiative would help to develop a debt management strategy that would ensure that in the face of macroeconomic and other financial constraints, the cost and risk profile of the public debt portfolio remains within acceptable limits over time. He said the strategy is in line with President Muhammadu Buhari’s vision of generating maximum employment, reducing poverty and increasing the living standard of Nigerians. “The debt management strategy we are going to pursue over the next four years takes into account the fact that for now Nigeria’s public debt portfolio is dominated by domestic debt. After the Paris and London Club exits between 2004 and 2006, the country took a deliberate decision to develop its domestic bond market and to do most of the public borrowing from domestic sources so as to develop the domestic bond market, that objective has been sufficiently achieved. Therefore, taking into account that external financing sources are on the average cheaper than domestic sources,” he said.

According to him, one of the major elements of the strategy is that over the medium-term, Nigeria will strive to remix the public debt portfolio from 84 percent domestic and 16 percent external to 60 percent domestic and 40 percent external. “In addition taking into account other factors, the fact that over the next four years public borrowing proceeds will be devoted to capital expenditure, an element of the strategy is to ensure that we remix the current status of about 31 percent short-term and 69 percent long-term to a maximum of short-term 25 percent and the minimum of long-term 75 percent. So we are remixing between external and domestic and we are also remixing within the domestic, between short and long-term,” he said.

The DMO Director-General explained  that the remix in favour of external debt will enable the country to achieve cheaper cost of funds, lower debt servicing and avoid the risk of crowding out the private sector from accessing the domestic market. He added that the private sector is still expected to play the lead role to compliment government’s effort. According to him, the new strategy is the best for the Nigerian economy as the government is presently making sustained efforts on diversifying the economy, noting that in the next five to seven years, export proceeds accruing to the economy will be more and the country’s exchange rate will be favourable. “One of the questions that will naturally arise and which many of you have asked us, has to do with the challenge of foreign exchange constraints. At this point in time our exchange rate is not very favourable and our reserves are not as buoyant as they used to be and people are raising the question why would you go for external borrowing when you have foreign exchange constraints? However, a closer look at the issue shows that the strategy the government has chosen is still the optimum strategy and the secret to arriving at that conclusion is simply to differentiate between a short-term static situation and a long-term dynamic situation,” Nwankwo said.

He noted that everything  the Federal Government is doing now is for the purpose of diversifying the country’s economy in a sustained manner, so that in the next five to seven years, Nigeria will be exporting a variety of processed and primary products. “We have all it takes in terms of variety of opportunities in agriculture and in solid mineral for example. The efforts being made by the government and the private sector is to ensure that many of the products we now import will be provided locally, such as rice, sugar, flower, wheat, fruit juice, we can produce in abundance to satisfy our domestic needs and also have surplus to export,”  Nwankwo said.

He was upbeat that in the next few years there will be significant improvement in employment generation, poverty reduction and living standard of the people. He added that as part of the new strategy, the DMO will develop new products with a view to further diversifying the investor-base, boost financial inclusion and national savings culture for increased gross capital formation, create more benchmarks and deepen the domestic and external markets for government securities.

According to him, the new debt instruments to be introduced, subject to market condition, are: for the domestic Debt Market-retail bond, inflation-linked bond and domestic Suku.  For the International Capital Market, there will also be the Diaspora bonds (the process of issuance is ongoing) and international Sukuk.

Funding sources for the debt management strategy will include maximisation of available funding envelopes from concessional and semi-concessional external sources, taking into account what may be readily available within a given period for the financing of key infrastructure projects.