The Perils of Vaccine Nationalism 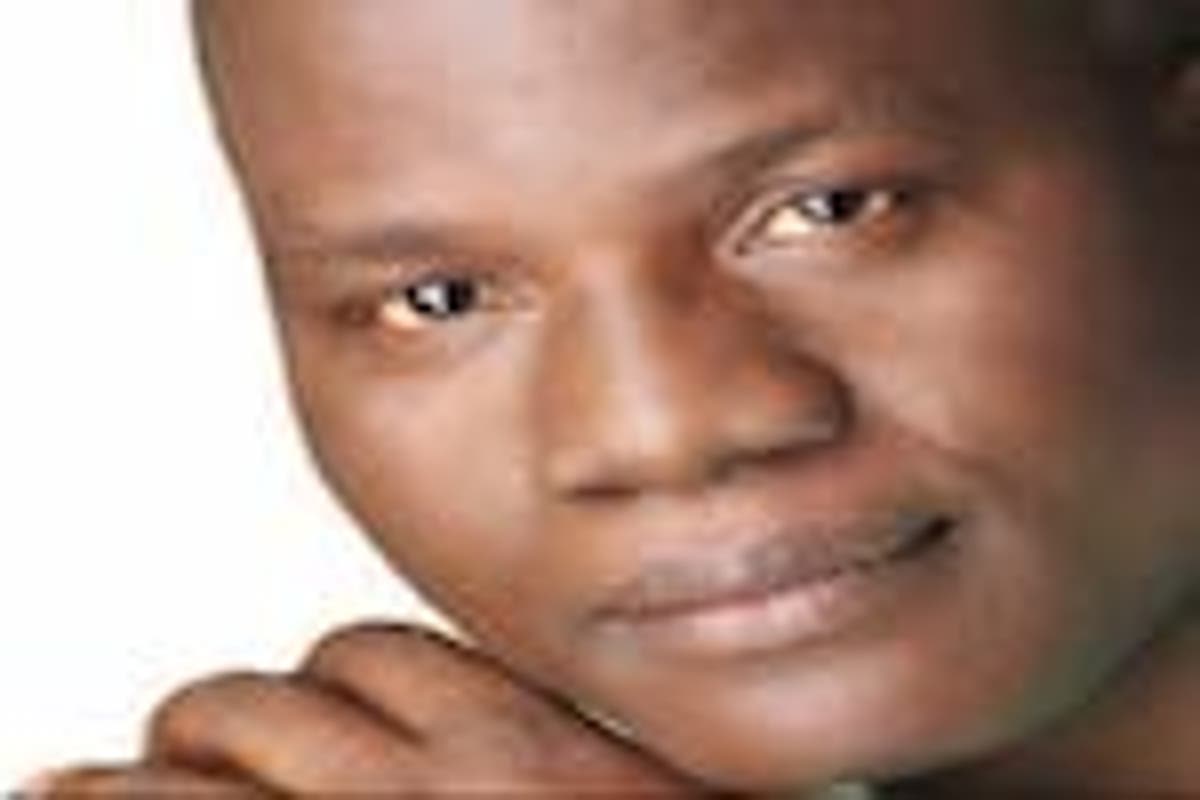 Vice President Yemi Osinbajo urged the global community at the weekend to avoid a scenario in which only the “highest bidder” would have access to the coronavirus vaccine.

As a matter of fact, the vice president was far from making a nationalistic statement; he actually spoke for all those described as the “wretched of the earth” by Frantz Fanon. This is because if the cost of a vaccine is prohibitive, those who could pay for the most sophisticated medical facilities in the pre-COVID-19 days would also afford the bills of expensive vaccines.

It is the poor majority, denied access to primary healthcare, who would miss out in the inequitable distribution of the vaccine.

Osinbajo spoke at a EURAFRICA forum. The theme of the conference was “Towards a Realistic Euro-African Partnership During and Beyond the COVID-19 Era”.

The vice president rightly reminded his audience of the experience of poor countries at the outbreak of coronavirus pandemic: the access to testing kits and basic reagents was severely limited in some poor countries. The orders of poorer countries were seemingly ignored because they were considered commercially insignificant.

It is remarkable that the federal government has not been indifferent to the politics and economics of developing coronavirus vaccine across the globe. It is important that official assurance is given that as soon as effective vaccines are available in the market, the poor people of Nigeria willing to be vaccinated would not be left out of the distribution.

That is why Osinbajo’s call for distributive justice is apt and timely.While the scientists are busy in their laboratories experimenting with the production of vaccines, policymakers should be thinking about how to make vaccine distribution equitable.

Incidentally, Nigeria is not left out of the scientific efforts to produce vaccines. It was exciting watching on television the other day the director-general of the Nigerian Institute of Medical Research, Professor Babatunde Lawal Salako, speak on the activities of his institute in this respect. He was, in fact, answering a correspondent’s question on the capacity for testing.

It’s hoped that adequate attention would be given to the institute by the government for this particular purpose. This invariably would boost the public confidence in the possibility of developing a vaccine in Nigeria.

Interestingly, Salako prefaced his statement with the expression of the consciousness of this lack of public confidence like this: “it would surprise many people that we in Nigeria are also working on a vaccine.”

In 2020, it should no more be a surprise that a Nigerian institute could produce vaccines. For decades, Nigerian universities have been producing brilliant virologists, molecular biologists, biochemists and other experts.

To be sure, in many parts of the world, there is the general lackadaisical attitude to the compliance with the COVID-19 protocols. No! It is not only in Nigeria that the COVID-19 protocols are often flagrantly breached by government officials and the people alike. Yet, experts emphasise prevention as the best medicine yet for the pandemic.

In a situation in which precautions are not taken seriously enough, the development of a vaccine has become a public health imperative.

In the United States, President Donald Trump is hoping that the development of a vaccine by American scientists “by October” or “before the special day” would boost his chances of re-election. As usual, Mr. Trump has studiously ignored warnings from American experts on infectious disease including the highly revered Dr Anthony Fauci. Fauci, for instance, insists that for reasons of safety and efficacy, the process of producing a vaccine must be subjected to the necessary rigour in all its phases.

Prime Minister Boris Johnson says he would be happy if the much talked about Oxford vaccine happens to be the first to hit the market, although he would add that it’s not a matter of “competition.”

The western scepticism about the development of vaccines elsewhere in the world is, of course, well known. Russia has, however, gone ahead with the trials of its own vaccine despite the doubts about the efficacy expressed in some quarters.

The tiny island of Cuba has also reportedly reached an advanced stage in developing a vaccine. The reputation of Cuba’s social medicine has been globally acknowledged. In the course of this pandemic, Cuban doctors armed with remedies developed in the country have assisted countries in Asia, Europe and Africa. According to Granma, the official newspaper the of Cuba’s Communist Party, the country’s leading biotech and pharmaceutical group, BioCubaFarma, has got the greenlight from the regulatory authorities to begin clinical trials of the candidate vaccine.

BioCubaFarma says that the candidate vaccine “is capable of producing a strong immune reaction to COVID-19 infection.”The organisation is believed to have the capacity of producing “millions of doses”.Not a few experts around the world would be interested in the outcomes of the vaccine trials in Cuba.

Significantly, Cuba has demonstrated a keen sense of collaboration with others instead of the blind capitalist competition in which the interest of the poor is cynically discounted in access to healthcare.

For inexplicable reasons, Nigeria has been rather shy in exploring areas of collaboration with this revolutionary country in this respect.

The lacuna in the global efforts to develop coronavirus vaccine is that the rich countries, in particular, seem to be ignoring the global public health history in the war against the virus. A process that should be defined by collaboration and understanding has been turned into that of cut-throat competition. Profits and politics are being put before people’s health.

The political leaders promoting vaccine nationalism seem to equate their competition for vaccine production with the race for the space. This is a fundamental error.

It was reported last week that the World Health Organisation (WHO) had been forced to rethink its strategy for global procurement of COVID-19 vaccine. No thanks to the ferment of vaccine nationalism in different parts of the world. Rich countries are reluctant to embrace the WHO- coordinated multilateral approach to distribution. It is called the COVAX Programme. It was put in place in anticipation of the production of vaccines. Instead of this programme, the developed countries prefer “bilateral deals” in the true Trumpian tradition. In such a situation the access of the poor countries to the vaccine would be limited because of costs. This is a recipe for a prolonged public health disaster.

There is a palpable fear among development activists across the globe that the posture of the rich countries may stymie the initiative launched in June to ensure an equitable distribution of two billion doses of effective by the end of next year.

The basic idea of the project is humanitarian. The rich countries are categorised as “self-financing” while about 92 poor countries are grouped as “funded.” In other words, from the funds provided by the rich, the poor are subsidised to have access to the vaccine. It is pooling of risks to ensure that every country could have the purchasing power for vaccines.

The original plan was to persuade the rich countries to subscribe to a “committed purchase” of vaccines at a cost of $1.60 per dose. The conditions were made secure against pulling out at a later stage especially with the provision of the $8.10 guarantee per dose to be paid.Things have now been relaxed by the WHO. Self-financing countries could opt out under a scheme of “optional purchase” of vaccines at $3.1o a dose.

The European Commission has offered 400 million euros to assist in supply of vaccines to some low and middle incomes countries while the full details of the European Union’s subscription are yet to be made public.Norway, Germany and Japan have joined the COVAX train.In sharp contrast, the U.S. and the UK have opted for their “private deals” spurred by vaccine nationalism. In any case, the U.S. has already stopped funding the WHO activities.

China has indicated interest to join the global coalition to make vaccines available, but strangely the details of its agreement with WHO are still being worked out. This is not good enough on the part of a country in which the first case of COVID-19 was recorded. Meanwhile, the deadline for the payments has been shifted to October 19 as result of the selfish attitude of some rich countries.

The global experience in the eradication of infectious disease should ordinarily be instructive in confronting the coronavirus pandemic. The success so far recorded in exterminating polio is the most recent cheery news in public health.

Unbridled nationalism and myopic political calculus are grossly unhelpful in the circumstance. This is another situation in which the cold logic of market forces is not appropriate for distribution. At the least, that is the most profound lesson of the pandemic. The primary consideration should be our common humanity. For the obvious peril of vaccine nationalism is that as long as the coronavirus wreaks havoc in any country, the rest of humanity is at the risk of infection.

— KAYODE KOMOLAFE is of ThisDay Newspapers