The Maladies of Malami 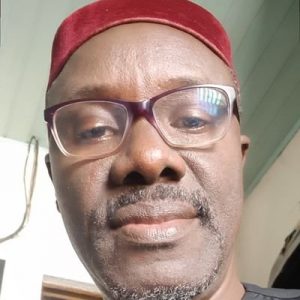 Mr Abubakar Malami is the Attorney General of the Federation and Minister of Justice. He is a 54-year Senior Advocate of Nigeria (SAN). Until 2015, when he got appointed into the President Muhammadu Buhari cabinet, not much was known or heard of the Birnin-Kebbi born lawyer. Many believe he is one of the top beneficiaries of the Buhari administration as he was not a visible member of the Pre-2015 Buhari presidential efforts and forays, even though he had served as legal adviser to the defunct Congress for Progressive Change (CPC).

Yet, he landed a top job: the foremost law officer of the country. But in almost all his outings, Malami ‘s utterances have not only been disastrous but highly misleading, and this has inadvertently put a query on his background and his understanding of basic justice.

He is a graduate of Usman Dan Fodiyo University, and later went to University of Maiduguri for a Masters degree in Public Administration. A local breed, so to say!

Last Tuesday, Malami was seen at the parliament, struggling to extricate himself from what was appearing like an indictment for his office illegally spending a whopping N2 billion from recovered loot, allegedly to pay lawyers who were prosecuting terrorist suspects. His responses to the questions were as clumsy as they were confusing.

Last week, Malami obnoxiously seized the headlines when he compared the ban on Open Grazing by all Southern Nigerian governors to banning all spare parts sellers in the north. It was an inverted innuendo on the Igbos, whose folks are essentially the dealers on spare parts sales. It was an utterance in bad faith. Many Nigerians were shocked that a supposed Minister of Justice, one schooled in the theories of equity and jurisprudence of justice, did not know the difference between open grazing and spare parts trade. Was he mentally daft not to know or was he just being politically mischievous? Either way, it is despicable, not only for his exalted office, but for the ethos in the pursuit of national unity.

Here are herdsmen—be they Fulani or whatever, whose name now collocate with rape, kidnappings, maiming and killings, being compared to genuine entrepreneurs deeply involved in the business of selling and buying, without hurt or threat to anybody. Not even a Grade 3 pupil will have the idleness of brain to slate the two businesses on the same page.

Beside the huge threat to the security of lives and property across the length and breadth of the country, the cattle herders do not pay tax. The spare parts sellers do. Many of the former are involved in killing innocent lives, the latter don’t. While the former have a running battle with farmers across the land, the latter do not. While the herders, in pursuit of their endeavours, encroach on and destroy the businesses of others, the latter do not. Does Malami need to go back to school to know these? How can a man lacking in such basic understanding be presiding over the justice system of over 200 million people? People like Malami are the raison d’etre of our under development as a people.

Before this obnoxious comparison, Malami had trended when he announced that the so-called Ibori loot of 4.2 million British pounds recovered from the United Kingdom, will be used to execute federal projects: Lagos-Ibadan road, 2nd Niger bridge and Abuja-Kaduna road, arguing mendaciously, that the money so recovered belongs to the federal government and not Delta State from where the money was stolen. How warped! A state governor stole the funds from his state’s coffers, sent the same abroad. He got caught and the money stolen was recovered. Then a minister of Justice suddenly argues that the said money belongs to the federal government.

But Malami won’t say that Ibori ever operated or had access to the federal till. Rather than say the cost of recovering the fund should be paid into the federation account, Malami says the whole money belongs to the federal government. What is worse, not even one of the said projects on which the money was to be expended, was located in Delta State. Not even a Minister of Injustice (if any) can do worse. But as a reprieve, the Accountant General of the Federation had declared last Tuesday that the recovered Ibori loot has been sent to Delta State government, even though the latter had denied receiving the money as at last Wednesday.

Malami obviously likes power. He tried to contest for Kebbi state governorship, but lost to the incumbent Gov Bagudu in the primaries. He loves to be atop. He likes to control. It is his desperation to control every lever of power that got him clashing with the former EFCC acting Chairman, Ibrahim Magu. He wanted to subsume the EFCC and literally be in charge, determining those to be prosecuted and those to be let off. But Magu did not accept. Malami used the appurtenances of his office to pull down Magu in a rather weird and queer manner. Imagine the mountain of allegations leveled against Magu. Till today, nothing has been established against Magu, otherwise his prosecution would have been running. Does the non-prosecution of Magu not mean that he was merely persecuted by a man who should be a judicial avante garde? Why have they refused to make open the findings of the Ayo Salami panel which probed Magu’s alleged misdemeanours? Latter-day events have revealed that Malami’s exploits were all aimed at installing his kinsman, scion and lackey, Abdulrasheed Bawa, as the EFCC chairman, even as he (Malami) still has his eyes on the Kebbi governorship seat. Rather than dispense equity, the young man has been dishing out iniquity in all dimensions.

Last December, peeved by the spate of killings and general air of insecurity in the country, the lawmakers in the House of Representatives, had resolved to invite President Muhammadu Buhari to come address them on the issue of security or the lack of it in the country. The leaders of the lower house had respectfully gone to invite Mr President, who in turn gave his word to come to parliament. While everybody awaited the date, Malami, 24 hours to the agreed date, released some statement, again, arguing casuistically, that Mr President cannot and would not appear before parliamentarians. That was how the meeting was aborted. The consequences are that the security situation only worsened and became far more dire.

This same Malami it was, who was so quick to declare the Indigenous People of Biafra (IPOB) a terrorist organization, yet refused to declare Miyetti Allah or Boko Haram or even the bandits as terrorists, just because the latter groups are largely his Fulani folksmen, while the former are Igbos.

The maladies of Malami are many. His ilks are a danger to the continuous existence of a united country. He plays politics with everything. He even suffers judicial jaundice. He is not deserving of the high office he occupies.