The Limits of Putinism

Last week, precisely on March 28, the deadline for the European Union, United Kingdom sanctions for lessors to end all leases with Russian carriers came into effect. However, the bigger challenge was bringing the planes back to Ireland, where over 80% of all aircraft across the Russian passenger fleet were leased from.

If Russia agrees, it would mean bringing nearly 500 planes, valued at over $10 billion back to Ireland, and this would leave Russian airlines with few planes to continue flying. 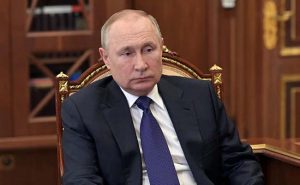 A large number of air planes in Russia are Boeing and Airbus with domestically built planes currently making up only 17% of the fleet. Without new parts, airlines like Aeroflot and S7 Airlines will eventually need to ground their jets.

The lessors are scrambling to file insurance claims to receive at least part of the value of their fleets back, an exercise experts say will take longer time because of the huge amount involved.

Putin came up with an ingenious idea to prevent the airlines from sending back the planes because they were not registered in Russia which will make it hard for them to fly outside Russia as they would be confiscated. To bypass that, President Putin signed a bill that allows leased planes to be re-registered in Russia.

This decision by Putin was significant since, under current rules, a plane must prove that it has been deregistered from its previous jurisdiction before filing for new registration. Russia has done away with this and is now trying to ensure continued domestic operations.

Also to protect its aviation industry, Russia has made a series of changes to keep leased aircraft flying even without certification of any kind. However, some airlines have refused to fly their aircraft as many of Pilots do not want to fly uncertified planes.

But one of the limits of Putinistic wisdom is that aircraft is not a bus, and spare parts are not sourced at ASPAMDA or Ladipo. Putin has been boxed into a situation where aircraft will fly without airworthiness certificates or spare parts, something a cross section of Russian pilots have kicked against as it. If this war extends longer, the first sector of the Russian economy that will sing ‘nunc dimitis’ is its aviation sector.

As I noted in earlier articles that the country that stands to gain most from the Russia-Ukraine War is China, I said it at the start of the war, and I have had to review that stand four times in the last one month the war has lasted, and I strongly believe China is eagerly waiting on the wings to cash out, and they are cautiously cashing out on all angles, be it the mopping up of oil and Wheat from Russia at highly discounted rates, or rising global influence.

Russia and China and the rest of the BRIC group have failed over the years from the South-South Cooperation to BRIC to mount a challenge to the west because of mutual mistrust between Russia and China on one hand, and China and India on another level. With the after-effect of the ongoing war in Ukraine, Russia is being mercilessly at a different level where a different war is taking place without a single shot.

What this means is that Russia has been pushed into the waiting hands of China as it has no other alternative than China as an alternative economic and political partnership, its survival during and after this war depends on China because the West is not in this for a picnic. The real battle will start after the ceasefire as they experiment with ways and means of adjusting to Russia’s energy cut-off.

Many have asked why Russia failed to grow its commercial aviation manufacturing industry to a level it could at least provide 25% of aircraft for its airlines. Others have also wondered how China that took off later was able to achieve a leap within such a short period yet both countries could not establish a strong working relationship for cooperation.

Some of these questions fail to appreciate the high level battlefield that is aviation manufacturing. Inspite of strong ties at different levels, the US is always fighting the EU because of Airbus. There is no sector that depicts state capitalism than the aviation sector that’s why the EU pumps money into Airbus same way the US does to Boeing.

Moreso, Boeing and Airbus also have a significant market share in supplying military aircraft especially in the US where it faces competition from Lockheed Martin and United Technologies. More than half of Boeing’s revenues are from government contracts while only 20% of Airbus revenues came from defense contracts in 2020.

You cannot compete with Boeing or Airbus on intercontinental levels because they ‘own’ the market, but on a regional level, a country like Russia has not done enough. Even countries like Canada and Brazil are making audible statements with their Bombardier and Embraer.

I am of the opinion that Russia and China should have commenced their aviation corporation earlier, especially the ongoing joint venture between Russia’s MC-21 and China’s C919 to challenge Airbus and Boeing. Hopefully, this war will hasten that relationship. But it is not going to be too fast.

Contrary to the received wisdom pervading the Nigerian streets, the Chinese economy is far more integrated with the West than that of Russia, and that is also the reason China is being cautious because its rise is hedged with the west. For example, the Chinese C919, narrow body aircraft which is regarded as its best so far is not what they can use to do shakara to the west.

Reason being that out of the 39 lead suppliers for the plane, more than 40% hail from the U.S. or other countries outside China, the remaining suppliers including joint venture firms are also backed by foreign companies. In one online aviation enthusiasts group I belong to, someone joked that while Chinese companies supply the fuselage and the wings of the plane, western suppliers provide the brains and heart (made up of the communication and flight control systems).

I still believe that China stands a better chance of breaking western hegemony than Russia. China’s rise in railway technology is astounding such that of the top 10 high speed rails in the world, the first four are in China. Same gumption can also be deployed in aviation.

The west is ruthless but their ruthlessness is so refined that it takes trained eyes to see and understand it. Russia is equally ruthless, but in a very crude way that is off-putting lacking in reason. The West talks about free trade but we all know that there is nothing like free trade.

It is not that Russia has not built passenger planes that are good; however, the failure to market it to countries outside Russia has remained an albatross. And that inability was not for lack of trying; rather it has to do with trade weapons the west adopts to get others to fall into line.

For example, aircraft flying into western airspaces must have covers from big name insurance companies, and we know the biggest are all western companies. Remember when the Chairman of Air Peace said that all insurance companies in Nigeria merged together cannot insure a single aircraft.

That gives you the picture I am trying to sketch here, so by systematically denying Russian made aircraft insurance covers, using ‘legit; excuses, customers stay away from them and by extension, Russian manufacturers were in turn denied the ability to offer finance terms to Western airlines.

The limits of Putinism is that Russia cannot win anything without firing a shot. That is a grave weakness when fighting people who can squeeze you to death without touching you..

This underscores the famous quote attributed to the British engineer Sir Syndney Camm who said that “all modern aircraft have four dimensions: span, length, height and politics.”