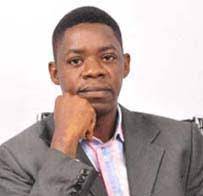 That was Valtteri Bottas, team-mate to Lewis Hamilton, masking another day of disappointing result at last week’s British Grand Prix at Silverstone. While Lewis, who was trailing Valtteri by 5 points prior to the race, won in the most miraculous and dramatic fashion, Valtteri ended up 11th with no points from the race, slipping to second on the log after the fourth round of the 2020 world championship.

The weekend had started on an upbeat mood for Bottas, doing better than Lewis in Practice and first 2 rounds of the qualifiers, but when it came to the decisive moment, Lewis somehow found it in himself, AGAIN, to pip Valtteri to the pole. That set up the stage for what eventually happened on Sunday.

While tyre was the main culprit on race day, but Valtteri’s tyre would not have given up earlier than Lewis’ if not for the fact that he spent the whole day chasing Lewis. And when Lewis’ tyre eventually gave up on the final lap, with heart in mouth, Lewis bravely drove the car home to take the chequered flag in a nail-biting finish and record-setting win at the race.

But that has always been the story of Lewis Hamilton, the first black man to race in Formula1. For him, it has consistently been about somehow finding a way to beat the odds, no matter what they might be. And there have been quite a few in his career. That he has a career at all is testimony to sheer grit, determination, focus self-belief on his part and unbelievable, sacrificial dedication on the part of his father, Anthony, who had to first scale back on his full time engagement for one that would give him more time for the boy and then, sometimes having to work up to three jobs at a time, just to keep things going, while still attending all his son’s races.

Though Lewis is of mixed parentage, he identifies himself as Black and has suffered racial abuse all through his career, being the lone black in a sport dominated by people of the other race. He is scarred by the experience but has now chosen to embrace the role and responsibilities that come with being the lone black man in the sport, discharging same strongly. Lewis grew up, learning to fight for himself, taking to Karate at the age of 5 to defend himself from bullying at school.

His love for car racing started with his father buying him a Christmas gift of a radio-controlled car at the age of 6 and that started him on a long journey of racing through the ranks, eventually all the way up to Formula1. Looking back, he said, “I was racing these remote-controlled cars and winning club championships against adults.”

It didn’t take long for people to take notice of his talent. In 2001 Michael Schumacher said about him- “He’s a quality driver, very strong and only 16. If he keeps this up I’m sure he will reach F1. It’s something special to see a kid of his age out on the circuit. He’s clearly got the right racing mentality.”

But not many of us knew about Lewis Hamilton until 2007, when he was brought onto Formula1 by McLaren, but the journey had been long. He started karting at the age of 8 and at 10 years old, he approached McLaren Formula One team boss Ron Dennis for an autograph, saying “Hi. I’m Lewis Hamilton. I won the British Championship and one day I want to be racing your cars.” Dennis wrote in his autograph book, “Phone me in nine years, we’ll sort something out then.” That promise was to be fulfilled years later.

Lewis burst onto the scene, bringing many of us fully into the sport and I have followed him closely ever since. Between then and now, I must have watched, at least, 90% of his races. I have watched and listened to him intently, and I have found him a most remarkable young man with his head properly screwed. I have watched him handle victory, process defeat, explain himself under difficult circumstances and handle tough situations. His grace, charm and overwhelming positive energy is hardly ever shaken.

Valtteri won’t be the first to say that. I have heard other rivals, especially Nico Rosberg, Sebastian Vettel and Max Verstappen say it. Such a remarkable thing to have rivals concede that their opponent is always on top of his game.

Car racing is an interesting game, one that has the racer not just competing with other teams, but with a team-mate with an ‘identical’ car and engine, that throwing up all sorts of dramatic scenes and uncomfortable situations.

Lewis is ultra-competitive but even with that ferocious spirit of a racer, there is that ironic combo of a disarming boyish charm and an unbelievable mental strength that has seen him come from behind to beat his rivals, time and again, under circumstances that others would have probably given up on.

The most intriguing thing is how a long list of illustrious rivals have had to take the bow, unable to cope with the intense pressure of competing with a Lewis that, more often than most, always finds a way to come with his A-game, no matter what.

From the early day rivalries with World Champion Fernando Alonso and later Jenson Button, to the in-house competition with Nico Rosberg, a childhood friend who had been his rival from their days karting and then, Sebastian Vettel, a 4-time World Champion, whom Lewis has come from his one title to overtake. Lewis has now won the World Championship 6 times, and now on the way to 7th that would make him equal Michael Schumacher’s record.

Alonso had to leave McLaren for Lewis. Button left shortly after. And then, Lewis left for Mercedes, a move panned by many pundits, only to again be proved right a year after, winning the title with an hitherto struggling team. Some will say it had to do with the change in rules. But he had to be at the first place for the su to shine on him.

Such was the intensity of the competition between Lewis and Nico that when Nico Rosberg, on the very last day of competition in 2016 managed to beat Lewis to win his lone title, he simply chose to proceed on retirement from the game. Vettel has now gone from competing with Lewis, to completely losing his way at Ferrari, becoming the No 2 Driver there, behind Leclerc and now on his way out of the team, having now won no title with Ferrari.

The 2018 season was the critical one for Vettel. For the first time in the sport, two four-time World Champions—Hamilton and Vettel—were competing for a 5th title. Hamilton kept saying it was a mental game that it would come down to the mind, and true, when it mattered most, Vettel broke down. He had initially had the upper hand. leading the standings until midway, before a number of errors set in, with Lewis straight run of six wins in seven, seeing him to the title.

Car racing is crazy. Success has a lot to do with engineering prowess and money, speaking to the overall quality of the car. But also huge is the human factor, reason the awesome machine is not put into just anyone’s hands, reason there is competition for the best drivers, reason Lewis is top earner in the sport.

Some say Lewis is the best of his generation. some say he is the greatest ever. But this how he is rated as a Driver in the sport –

“Hamilton is regarded as one of the most complete drivers on the grid. The all-time record holder for most pole positions, Hamilton is considered one of the fastest qualifiers in the history of the sport, and has received praise for his ability to produce fast laps at crucial moments. Also a tenacious racer, he excels across a wide range of areas.

He has been described as having an aggressive driving style, with a natural aptitude for identifying the limits of the car; Mark Hughes, writing for the official Formula One website, described how Hamilton is “super-hard on the brakes … but has a fantastic ability to match how quickly the downforce is bleeding off with his modulation of the pressure so that there’s no wasted grip but no locked wheels either.” Paddy Lowe, previously the engineering director for McLaren, described how Hamilton is comfortable with levels of rear instability that most other drivers would find intolerable. Hamilton has also been praised for his ability to adapt to variances in the car set-up and changing track conditions; throughout his career, he has typically used less fuel than his teammates as a result of his ability to carry momentum through corners despite instability in the car.”

In one word – they recognise the Hamilton factor.

“Hamilton is regarded as one of the best wet-weather drivers in the sport, with some of his best performances occurring in those conditions.”

In other words, when the condition becomes really tough, the Hamilton factor has a way of coming through.

Lewis faced criticism, at a time, for what many saw as his loss of focus – Nicole, music, fashion. But he has found a way around all of that, striking a balance to the surprise of critics. He has not only brought a huge following of outsiders into the game, he has transcended the sport.

His voice has been loud on racism, boldly identifying with the Black Lives matter movement, pushing the folks at Formula1 to take on the task of not only standing up but taking seriously the task of bringing in diversity into the sport.

Lewis has gotten wiser and smarter with the years and it sure looks like he is on his way to matching Schumacher’s record and possibly beating it next season.

How he has managed to entrench himself in the minds of rivals as that one man who is always there with his A-game, the man so highly motivated that he cannot settle for anything else but 100% effort and excellence, all the way, all the time, is the key thing.

Not losing sight of the target, keeping the focus spot on, yet being so humble, calm and grounded is the hallmark of the Hamilton factor .

What are you known for?

KO is OK with Ambassador Plenipotentiary And Extraordinary