The Genius Called Victor Uwaifo, and the Enchanted Life He Lived 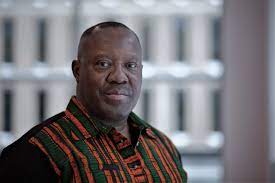 As the news of the death of Sir Victor Efosa Uwaifo filtered through social media on Saturday, August 28, 2021, I remembered the first and last opportunity I had to see the Ekassa King and legendary Guitar Boy who was the first Nigerian artist to earn a gold record play live at a concert in the early 1990s.

The occasion was the grand opening ceremony of Chief Francis Aiyegbeni’s impressive D’Rovans Hotel, now Wallan Hotel, on Ring Road, Ibadan. Although there was an exciting line-up of musical acts that included D’Rovans Band, I was particularly keen on seeing the performance of multi-instrumentalist Sir Victor Uwaifo and his highlife contemporary, Eddy Okonta. Though my friends and writers Ogaga Ifowodo and Sanya Osha had joined me to see Eddy Okonta play a few times at a lounge on Adelabu Street in Surulere, Lagos, prior to that D’Rovans date, I had never seen Sir Uwaifo on stage. So, my expectations were high.

True to his reputation, Sir Uwaifo who in 2017 was named a Human Living Treasure by the United Nations Educational, Scientific and Cultural Organisation (UNESCO), stole the show that evening with his legendary handling of the guitar which has been compared to the electrifying skills of Jimmy Hendrix — some actually believe Uwaifo could have beaten Jimmy Hendrix on the string instrument.

That night in Ibadan, Uwaifo performed the magic for which he was famous: playing the guitar with his teeth. He switched guitars, at some point while playing the all time hit Joromi, with his trademark, self-invented revolving “magic guitar”, which doubled as a hand piano. And quite memorably, too, there was King Pago, the small man and isaka (maracas) maestro who was Sir Uwaifo’s percussionist-accompanist before he later joined Majek Fashek’s band.

That single experience of seeing Sir Victor Uwaifo live on stage has stayed with me. So that recently when I had the opportunity to serve as peer reviewer of an essay on his work by Kola Eke and Edafe Mukoro titled “The Benin Minstrel and Praise Poetry: The Example of Sir Victor Uwaifo” and published in Umẹwaẹn: Journal of Benin and Ẹdo Studies Vol 5, Sir Uwaifo’s Joromi, which he had played at D’Rovans, was the soundtrack. To the surprise of Uyilawa Usuanlele, the professor of History and editor of the journal, I returned the review of the journal expressly. The exercise was personal to me, having agonized over the absence of scholarship on the significance of our disappearing cultural icons such as Uwaifo. For me, the essay needed urgent support to facilitate a timely turnaround in the hope that it would be published before the artist and subject of the essay transitions to the ancestral plane. It was one of those assignments—a few of which have burdened me—that one bore as an albatross as one battled with the challenges of delivering with the urgency required and balancing other existential challenges.

News of the death this last weekend of Sir Uwaifo at 80 has predictably gone viral and shaken the Nigeria showbusiness and social media world. Among several posts is the outstanding testimonial of veteran showbiz journalist Azuka Jebose on his encounter with Uwaifo. Titled “Reflections and Appreciations: Along the Slope” and published on Facebook, Azuka recalled his visit to Uwaifo’s home and self-styled The Revelation Tourist Palazzo and Museum Centre located in Benin-City. Azuka underscores how Uwaifo “took [him] on a tour of his museum, his indented airplane, a 767 size, which he sculptured” and declared during lunch, “Jebose I am a genius.”

There is no question about Uwaifo’s ingenuity, not just as a showbiz impresario but as a multi-talented artist and cultural icon. Indeed, many people who met him close-up testify to his “mad genius,” to quote the broadcaster, Funmi Iyanda. Recalling a visit to Uwaifo’s house similar to Azuka’s in 2010 for an African Magic cable network feature Ms. Iyanda described Sir Victor Uwaifo as “an energetic, enigmatic mad professor. A restless man of boundless energy and limitless creative expression. His home/museum is a monument to his talent, gifts, career and ego.”

The exercise was personal to me, having agonized over the absence of scholarship on the significance of our disappearing cultural icons such as Uwaifo. For me, the essay needed urgent support to facilitate a timely turnaround in the hope that it would be published before the artist and subject of the essay transitions to the ancestral plane.

On the marvelous building which has enchanted many visitors, including university arts students on field trip, Ms. Iyanda wrote: “The place is a cross between a dungeon, a morgue and a museum complete with eerie sound effects and low lighting. In fact, the only way we could shoot some of the rooms was with the EOS camera and it is impossible to recreate the mood and ambience of that place. It is something to be experienced.”

Writing in the same vein, Jungle Journalist states that “Victor Uwaifo is not half [as] celebrated as he ought to have been, as the man is like over 50 geniuses put in one, for, no matter what area you may need him, he is there to show an enviable degree of excellence.” The blogger further notes that Sir Uwaifo “is complete in the arts as he is a sculptor, painter, artist, singer, writer, and so many other things. Victor Uwaifo is an inventor, having mastered the art of guitar strumming, and having invented two types of guitars, the double-necked guitar and the revolving one which comes with a keyboard and named after his great hit, Joromy.”

Given Sir Uwaifo’s astounding creative gifts and energies even as an octogenarian, death did not seem close to him. Born on March 1, 1941, in Benin City, only six months ago his 80th birthday was quietly marked particularly by his kinsfolks on several social media platforms. His exceptional brilliance had manifested as early as the age of 12 when he started playing the guitar, and at Yaba College of Technology, Lagos, where he won a scholarship as the best student in Graphics. However, fame came when he devoted himself to his folkloric musical compositions steeped in his Edo cultural roots and signed up with Philips (West Africa) label in 1965. Throwing more light on his rise to fame, a contributor to edonationsatelite.blogspot.com under the title “Sir Victor Efosa Uwaifo – Edo Musical Legend” writes: “Joromi; a song based on the story of a legendary hero in Benin history, won a gold disc award, the first in Africa in 1966. Of equal significance also is the song Guitar Boy which narrates his encounter with a mermaid one night at the Lagos bar beach in 1967. He immortalized the experience not only in song, but also with a sculptural representation of the mermaid and his guitar, constructed in a water pool at his Revelation Tourist Palazzo in Benin City.” He would later win a total of twelve Nigerian Gold Disc awards for “Joromi” as Deanne Sole writes in a sparkling piece titled “Sir Victor Uwaifo: Guitar Boy Superstar 1970-1976.”

Never resting on his oars, Sir Uwaifo proved to be a life-long learner who, like Alfred Lord Tennyson’s Ulysses, “follows[ed] knowledge like a sinking star/ Beyond the utmost bound of human thought.” He obtained a Bachelor’s degree in Fine and Applied Arts (First Class Honors and Valedictorian) in 1995 at the of 54, and a Master of Fine and Applied Arts University of Benin in 1997. He was decorated in 2009 with an honorary Doctor of Letters degree from the same University, where he taught in the Department of Fine Arts in 2009. And as late as 2017, he exhibited on his personal website his “latest invention” — a flesh and metal 6th finger — with which he played his special Edo music genre Ekassa on his guitar. Among other proof of primus inter pares status, he was reportedly the first professional musicians to be awarded a Member of the Order of the Niger (MON) national honour and was appointed the first State Commissioner for Arts, Culture and Tourism in Nigeria.

It is noteworthy that Sir Uwaifo died in the same week as another Nigerian art master, Professor Yusuf Grillo, died. These deaths signal the passing of a generation whose footprints on our cultural sands need to be preserved. One hopes that the Edo State Governor, Mr. Godwin Obaseki, who has paid glowing tribute to Sir Uwaifo would do more than a commendable press statement by taking practical steps to preserve his legacy. The first step would be for the state government to rehabilitate Sir Uwaifo’s home and museum as a tangible treasure and a shining tourist and research destination in Nigeria and the African continent. In so doing, the State would be complimenting UNESCO’s selection of Sir Uwaifo as a living treasure. While the Human Living Treasure project was started by UNESCO to honour exceptional individuals in various fields, it is telling that UNESCO defines a “human living treasure” as “a person who possesses to a high degree the knowledge and skills required for performing or recreating specific elements of the intangible cultural heritage.”

Although Prof. (Sir) Victor Efosa Uwaifo (M.O.N) has now joined the ancestors after a brief illness according to family sources, his tangible and intangible legacies will continue to enrich our culture and our lives. His works will continue to inspire a younger generation of artists and cultural activists with whom he experimented in a hip hop and highlife fusion album titled “Colabo 2012,” and who are spurred to proudly draw from his deep creative fountain. May his soul rest in power.