The Fruitlessness of An Okonjo-Iweala Leadership of WTO, By Owei Lakemfa 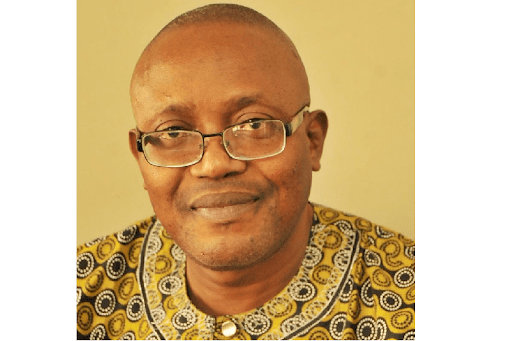 On the shark World Trade Organisation (WTO), while it is true Okonjo-Iweala is a Nigerian and an African, of what comfort is it to the forest that the handle of the sharp axe cutting down its trees is made of wood from the forest?

I first met Dr. Ngozi Okonjo-Iweala during the Obasanjo administration, at a conference organised by the newly emergent Due Process Office headed by Mrs. Obiageli (Oby) Katryn Ezekwesili.

Okonjo-Iweala was minister of finance, so I asked her how much oil Nigeria was producing daily. The conference chairman, Mallam Nasir El-Rufai (now governor of Kaduna State) fumed: “Mr. Lakemfa, let me tell you, there are three persons I can die for in this government; Oby, Ribadu (Nuhu, then chairman of the Economic and Financial Crimes Commission) and Ngozi.” He did not allow her to answer the question. I doubt if, till today, it is a question she can answer.

Okonjo-Iweala was an instrument for the perpetuation of the enslaving policies of the International Monetary Fund (IMF) and World Bank in Nigeria. In her 2018 book, Fighting Corruption Is Dangerous: The Story Behind the Headlines, she admitted being a stooge of those organisations. In it, she wrote of her reaction to the January 1, 2012 fuel price increase: “I told my husband that I was sure that I would be blamed if things did not go right because everyone would feel that in my rush to implement so-called neoliberal policies informed by the International Monetary Fund (IMF) and the World Bank, I had rushed the President into this decision.”

Okonjo-Iweala as finance minister from 2003-2006 was one of the main forces that drove the Obasanjo administration’s privatisation process, in which choice public property like the profit-making 670-room luxuriously furnished Nicon-Noga Hilton Hotel (renamed Transcorp) were sold. My primary point on this issue is that the funds realised from these prodigal sales were not accounted for by the Iweala-controlled Finance Ministry or any other government arm, nor were Nigerians told the public projects on which these funds were expended.

Okonjo-Iweala was the pivot of the controversial 2005 debt repayment project to the Paris Club. The debts were said to be $30 billion, under which $18 billion was written off as aid, while the country made an outright payment of $12 billion. First, there was the controversy on whether those debts were verifiable. Secondly, on whether it made sense for an underdeveloped country to make a bulk payment of $12 billion to any institution. However, the main controversy was whether in paying the Paris Club, Nigeria needed “Consultants” or “Advisors” who were paid huge commissions. Nigerians asked Okonjo-Iweala to name these middlemen and exactly how much they were paid. This, to the best of my knowledge has not been done fifteen years later.

…she claimed that the country consumed “35 to 40 million” litres of PMS daily… we provided the information that the entire capacity of the fuel stations was between 20 to 25 million litres. In other words, her claimed 35 to 40 million-litre daily consumption of fuel was false. She began to shout: “I don’t lie o! Nobody should call me a liar!!”

In 2010, the labour unions had differences with government over the new National Minimum Wage of N18,000. We thought the then secretary to the government of the federation, Senator Pius Ayim was not forthcoming, so we elected to meet President Jonathan. After he sorted out the issue, we told him there were rumours that Dr. Okonjo-Iweala was to be brought back as finance minister, and stated reasons for our objection to this. President Jonathan noted labour’s objection, but still went ahead, not only to bring her back as finance minister, but also as the ‘Coordinating Minister for the Economy’- a sort of prime minister.

When in 2011, the administration flew the kite of an astronomical increase in fuel price, she went into overdrive with her propaganda machinery. As this heated up the polity, President Jonathan invited the labour unions to a meeting on December 19, 2011 in the Presidential Villa. I was then the acting general secretary of the Nigeria Labour Congress (NLC), and Okonjo-Iweala, with slides, briefed us on the government’s position. She made the usual windy arguments about the increase being based on transparency; oil subsidy mainly benefiting the rich; the need to attract private investors, curb fuel smuggling and that PMS prices should be subjected to so-called market forces as had happened to the telecommunications and aviation sectors.

She claimed that the landing cost of a litre of PMS was N139. First, we showed that her statistics were faulty and asked her how much a litre would cost were the country to do local refining. She had no answer, so with statistics, we provided the answer – N40!

Then she claimed that the country consumed “35 to 40 million” litres of PMS daily. We argued that since almost all the PMS is dispensed from petrol stations, she should tell us the number of such stations and their holding capacity. She could not, and we provided the information that the entire capacity of the fuel stations was between 20 to 25 million litres. In other words, her claimed 35 to 40 million-litre daily consumption of fuel was false. She began to shout: “I don’t lie o! Nobody should call me a liar!!” An apparently embarrassed President Jonathan calmed her down and requested we adjourned the meeting till the new year, 2012, during which labour would present its counter statistics to those of the minister. That meeting never held as on January 1, 2012, the government announced the fuel price increase. The reactions were massive protests that heralded the end of that administration.

It was indeed, a bazaar; while Okonjo-Iweala paid oil subsidy to five companies in 2006, in 2011, for generally the same level of consumption, she paid 140 companies! Anybody interested in these details can pick up a copy of my 2015 book “Parliament of the Streets: Mass Strikes and Street Protests that Shook Nigeria in 2012”.

Also under her watch, the Nigerian National Petroleum Corporation (NNPC), rather than pay all monies accruing to the country into the Federation Account as constitutionally provided, first paid itself whatever amount it wanted before paying the balance into the account. Also, the PPPRA, which was not importing fuel, was being paid an average ‘fuel subsidy’ of N150 billion annually. While the subsidy provision for 2011 was N245.96 billion, the Finance Ministry under Okonjo Iweala paid N2,587.087 trillion.

Another revelation was that she hired two audit firms – Akintola William Deloitte and Olusola Adekanla and Co – to verify subsidy claims before payments were made. But the House of Representatives found that the firms had no adequate knowledge of measuring products in a vessel before and after discharge. So the firms were simply “participating in a bazaar and collecting N275,000.00 per vessel.”