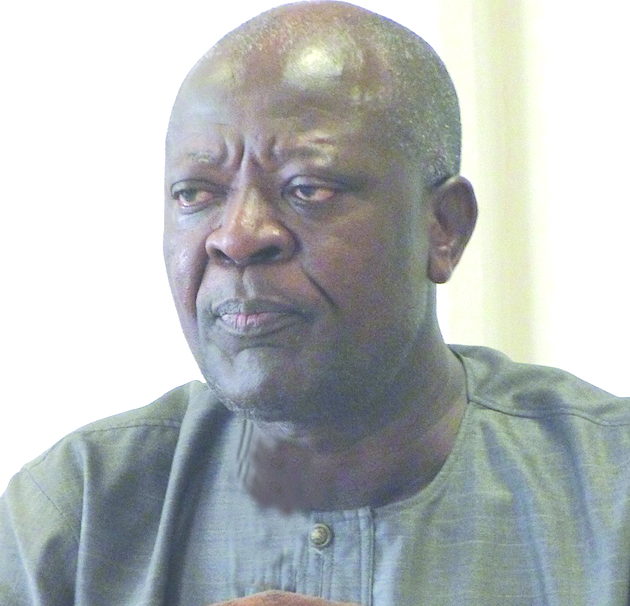 The milestone reached in the development of soccer following significant reforms by the League Management Company(LMC) may relapse if the controversy trailing the new registration requirements for participation in the Globacom Premier League is not quickly and amicably resolved, writes Olisemeka Obeche.

Stakeholders of Nigeria’s Globacom Premier League were stunned when the Nduka Irabor-led League Management Company (LMC) announced the expulsion of Giwa FC and Nembe City FC from participating in the 2013/14 season over alleged non-compliant to the newly introduced Registration Requirement on the eve of the leagues kick-off.

The League billed to commence on Friday, March 7 with a match between Enugu Rangers and Nembe City at the Nnamdi Azikiwe Stadium Enugu was automatically annulled after the LMC in a statement issued through its Chief Operating Officer (COO), Salihu Abubakar announced that only 18 clubs had met the stringent requirements to participate in the new season.

“Since the deadline for submission of registration form closed 48 hours ago, we have been scrutinizing the registration materials returned by the Clubs and can now state that Nembe City and Giwa FC are in substantial default of the minimum requirements to participate in the Glo Premier League this season. They have consequently been withdrawn from the fixture and all matches involving both Clubs are cancelled,” Abubakar declared in Abuja.

The compulsory registration requirements for the new season which the two clubs allegedly failed to meet include a bank guarantee, improved match day facilities, N150,000 as monthly minimum wage for players, standard player contracts, amongst other requirements set by the organizers.

Consequently, the fixtures involving the two affected clubs were dropped from the schedules of the 2013/14 season; a development the league organizers described as “first step towards bringing our Clubs to meet the conditions prescribed in the NFF Club Licensing Regulation which recently came into force.”

Despite the hullabaloo that greeted the news of the expulsion of Giwa and Nembe City, the only privately owned football clubs in the country’s elite league, LMC insists there is no going back on its decision to expel the affected teams. “Nembe City and Giwa FC were not suspended by the LMC as clubs. They have only been ruled out from participating in the 2013/2014 league season because of incomplete registration,” Abubakar said.

Shortly after the news reached him, the proprietor of Nembe City, Victor Rumson Baribote issued a press statement, describing the expulsion as ‘mere rumour’ and ‘witch-hunt’ by the league management.  “It’s still a rumour that Nembe City has been banned from participating in the 2013/14 Glo Premier League. I’ve not got any letter to that effect other than an early letter which clearly stated that Nembe City will be the guests of Enugu Rangers in Enugu on Sunday, March 9 at 4.15pm.The club secretary is there in Abuja to collect the licence, then if he returns with or without the licence that’ll help us to decide on the next line of action, but as I said the ban is a mere rumour”, Baribote said.

According to him, Nembe City did not fail the registration requirement contrary to the position of the LMC: “Aside that, LMC has scheduled a meeting for the two clubs, Nembe City and Giwa FC in Abuja on March 10. Nembe City has not defaulted in any way, if we did let them come out clear to state where and how we defaulted,” he said. He added: “Nembe City are just being witch-hunted because of my person and relationship with the Nigeria Football Federation as well as the principal officers of the LMC.”

Likewise, the General Manager of the Jos-based club, Giwa FC, Sammie Adesoji described the news as untrue. “First and foremost, we have not been removed from the league because it has not been made official to us; that is just on the pages of newspapers or social media. I want to state that we met all the necessary requirements; we have not been officially intimated. We only saw it on the pages of newspapers,” declared Adesoji.

He also accused the LMC of witch-hunting. “We are not encouraging the private people to run football in Nigeria, we are still interested in the government running football clubs. For instance, how do we expect a privately-owned clubside to be able to do what the government will do financially,” he queried.

Soon after it became clear that the LMC had ignored the protests that greeted the suspension of Giwa and Nembe City following two rounds of league matches, the management of the affected clubs pushed for reinstatement. And while Nembe City Bayelsa-based club, was still fine-tuning its strategy, a Federal High Court in Jos issued an interim restraining order to the LMC demanding that no further action be taken on the issue of excluding Giwa FC from taking part in the 2013/14 League season.

The controversial injunction was based on a suit (FHC/J/CS/21/2014) filed by Mr.  Mustapha Abubakar, a Jos-based football fan who claimed that he was denied his right to watch Premier League matches after buying match tickets of Giwa FC worth N5700 before the suspension. The presiding judge of the court, Ambrose Allagoa, mandated that the league season be suspended “pending the hearing and determination of the motion on notice.”

But the LMC denied knowledge of such restraining court order. It however assured in a statement that whatever legal suites implementation of the reforms would attract would be taken care of by its legal team. LMC insists that the best option available to the affected clubs was to seek redress from the Nigeria Football Federation (NFF) and not going to court. “They know what to do to return to the league, the licensing regulations allow them to come to the NFF and seek redress if they feel they are not satisfied with decision of the LMC,” argued Abubakar while reacting to the legal suit.

The matter took a new twist when Nembe City and Giwa FCs wrote to the House of Representatives Committee on Sports, requesting for its intervention in the expulsion saga. And the committee led by Godfrey Gaiya invited the LMC and the NFF alongside the management of the affected clubs to appear before it. “We don’t want to be pre-emptive about it but we want to look at the terms of reference to know if they (LMC) have the powers they are now applying. For instance, Giwa’s complaint is that it cannot afford to pay N150,000 (around $930) as minimum wage for the players and I wonder whether the LMC has the power to fix a minimum pay for a club,” Gaiya said.

According to him, private clubs should be encouraged to participate in the elite league in Nigeria. “Owning a club is a capital project; it is a business and it is all about demand and supply. I don’t think that putting a ceiling on what a club should pay players is good enough. You should allow clubs to go after the kind of players they can afford and when the players feel they have a better market value elsewhere, they can go to where their quality can be appreciated,” Gaiya submitted.

The LMC’s action also suffered a set-back when representatives of clubs participating in the premier league directed the LMC to reinstate the suspended clubs. The club owners had viewed the reason for the suspension of the two clubs, especially their inability to commit to payment of N150,000 minimum wages to players, as ‘pointless’; insisting that it is needless suspending the clubs when  their players had agreed to the salary cut.

And with the support from club owners, the two embattled clubs have emphasized their chances of reinstatement. “Nembe City played in the last season and was not relegated; Giwa FC were confirmed and promoted to the Premier league at the Annual General Meeting (AGM) in Warri. So there is no way we will not be part of the league,” boasted Baribote.

For Mr. Chris Giwa, the demand by club-owners for their reinstatement marked a turning point in the country’s premier professional football. “We thank God; it is one thing for people to gather and it is another to finish your deliberation. So, I am very confident that my team will participate in the league because we got the promotion by the grace of God and were promoted to play not to be excluded,” Giwa said.

The two clubs also took practical steps towards peaceful resolution of the impasse, by writing to the league management pleading for reconsideration of their suspension and re-admission into the league. But the LMC insists the case can only be resolved by the Nigeria Football Federation (NFF). “Please be informed that we have taken note of your request and forwarded your letter to the Nigeria Football Federation (NFF) with whom power to hear appeals reside for such decisions as NFF may deem appropriate in the circumstance,” LMC stated.

Although, the chances of reinstating the two embattled clubs to the premier league remains bright, analysts argue that the manner of resolution of the crisis would determine the success or failure of the reforms. Mr. Godfrey Chijindu, a local football league fan, said while it is in the interest of the stakeholders to quickly find a solution to the crisis, it should be done in such a way that it would not harm the reform. “A situation where the LMC or NFF would compromise on the key provisions of the league reform’s registration requirement in the name of ‘allowing peace to reign’ is not good for the development of the league. While it may hurt to place sanctions at the moment, if upheld over a long time, it will help to improve the standard of Nigerian premier league,” he argued.

But another football fan, Mr. Ajibalade Oni, views it from a different perspective. “LMC must not expect that the whole criteria (for registration requirement) would be met over-night, it should have been implemented in phases; after all, Rome was not built in a day,” he opined.

However, one thing most analysts agree is that allowing the crisis to drag further would be an ill-wind that blows no good. “It is in the interest of everybody including the government to see that the crisis is amicably resolved to avoid plunging the league further into crisis. We all want to see the league making progress not retrogressing,” cautioned Mr. Nnamdi Okosieme.