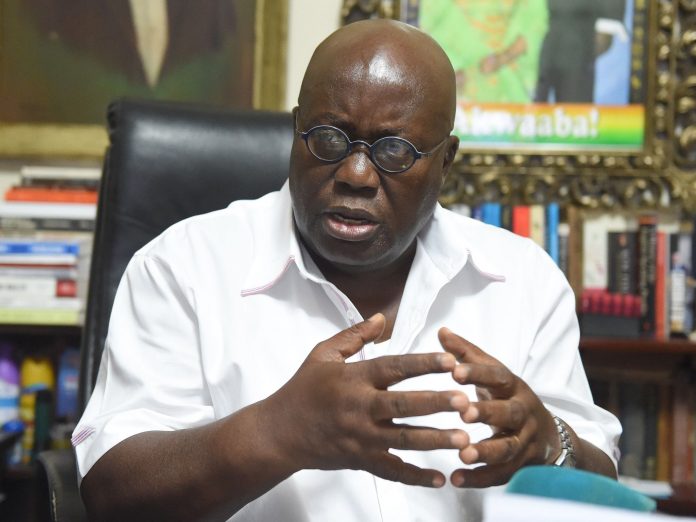 The president of Ghana who is the newly elected Chairperson of the Economic Community of West African States (ECOWAS) Nana Akufo-Addo, has described the activities of Al-Qaeda and the Boko Haram sect in the Lake Chad basin as worrying. He said the insurgents were exploiting the unacceptable levels of poverty in West Africa in the recruitment and indoctrination of the youths in the region.

Speaking during a working visit to the ECOWAS Commission in Abuja on Monday, Akufo-Addo, who was elected as the ECOWAS Authority chairperson at the 57th Summit of the regional body in Niamey on September 7, therefore, called for a strong regional approach to contain the growing threats of terrorist and extremist activities. He highlighted the danger of the growing numbers of breakaway terror groups, the spread of ethnolinguistic groups and expressed concern over the porous nature of the borders and the vulnerabilities of the ECOWAS member states.

Akufo-Addo recalled that the ECOWAS had on September 12, 2019, in Ouagadougou, Burkina Faso, convened an extraordinary summit on the eradication of terrorism which budgeted $1bn for the financing of activities in the action plan.

He said, “Following the summit, a 2020 to 2024 Plan of Action was adopted by the 56th ordinary session of the Authority of Heads of State and Government in December 2019. “To this end, $1bn was programmed for the financing of activities in the Action Plan. We have to intensify our efforts to ensure that the plan of action is well-financed with a view to ridding our community of terrorism.”

The Ghanaian president assured that the region was winning the fight against COVID-19, noting that the ECOWAS member states needed to aid further efforts to achieve a further decline in active cases. Commenting on the African Continental Free Trade Area Agreement, Akufo-Addo said the West African region stands to gain tremendously from participating in the free trade area when it comes into operation in January 2021. Earlier, the President of the ECOWAS Commission, Mr Jean Claude-Brou, said Akufo-Addo’s visit to the commission headquarters provided an opportunity for him to share his vision for the regional body.