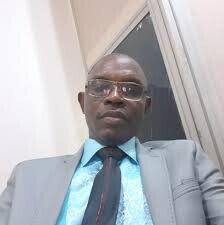 By Four years ago, philosophical Adams Oshiomhole invoked Godwin Obaseki’s first name against Osagie Ize-Iyamu’s chi. He said “you have heard from Godwin. Who says God must not win. Even death can’t say so. God must win. Let any man living raise his hands  and say, ‘No, God will not win.’ E no go finish? God must win.” He went further into the metaphysics of names and naming and warned that “when you are giving your pikin name, check am well well…”

Adams’ mouth has been his greatest asset. Unfortunately, it has also crashed the world around him. Italians say big mouthfuls often choke. Robert Mugabe’s people say if your mouth becomes a knife, it will destroy your tongue. My people say when the mouth stumbles, it is worse than when the foot does. Four years ago, Godwin won. Again, yesterday, Godwin won.

Lawyers close to Edo State All Progressives Congress (APC) governorship candidate, Pastor Osagie Ize-Iyamu, should advise him to sue Adams Oshiomhole for destroying his brand. Adams, four years ago, said he was a moral invalid who must never be trusted with power. Adams swore by whatever he believed in that what he said was the truth. With his mouth, he dug a very deep pit and buried Ize-Iyamu in there. This year, he came around with Ize-Iyamu as the new bride, and said he lied four years ago. He swore that this year is his year of truth and the people should believe him. Adams, after divorcing Godwin, sought to raise the dead – as Jesus did Lazarus. Those who tried that inside Ogun river, what happened to them? They were swept away by Yemoja. You saw Adam’s result yesterday. It was his loss. Four years ago without Adams – and in spite of Adams’ blistering attacks, Ize-Iyamu came out a very hard nut to crack. He shook his opponent so much it was Abuja magic that took him away from victory. A weather-beaten Adams came around this year to own this pastor only to deliver him straight into the jaws of total defeat.

The demons of Nigeria made some outsiders think they own everything, including Edo people’s power to choose who governed them. Demons and arrogant spirit of errors. Who advised Senator Bola Tinubu to broadcast to the people of Edo State and tell them where to vote in that contest? They told him the coast was clear and he should own, in advance, the certain victory. He agreed and spoke out, giving directions as the Jagaban of the world. Then an eclipse followed almost immediately. Now he is drenched with the sweat of defeat. Those who made him do that video cannot be his friends. They plucked invincibility from his feathers. Did he watch a video on Sunday – yesterday- in which a victorious, triumphant female voice calmly informed a captured fellow: “Tell them, Edo no be Lagos. Edo na Edo. We vote here. We decide who governs us here. Nobody comes here to decide for us…” When that woman distinguished Edo from Lagos and declared that “we vote here,” what was she saying about Lagos, its people, their wisdom, their elections and their choices?

Two years ago when Oshiomhole started fighting everybody, I warned that he was APC’s undertaker. I said a combatant with a sledge hammer had arrived to knock holes in the party’s walls. The PDP did same in 2012 when it elected Bamanga Tukur as its national chairman. Under Tukur, the fortune of the PDP got diseased. It never recovered from the knocks of the bullfighter. For the APC, it rained in Edo State at the weekend, but the roof had been ripped off by its leader. The candidate of last Saturday was destroyed four years ago by the APC leader who over-dug his enemy’s death pit.

But while we hang the garlands of APC’s Edo loss on the necks of Oshiomhole and Tinubu, let someone tell PDP’s Obaseki and his new godfathers that it isn’t their victory either. The people won. They voted and made their votes count. There are tales of billions of naira spent to buy votes, and of bullets and bullies and the blood they spilt. There are stories of many who collected N5,000 from politicians and voted their consciences. There are also tales of some other people who exchanged their votes for N4,000 and four packs of noodles.

You saw ‘liberty and peace’ in Edo on Saturday? Liberty goes hand in hand with democracy. They are twins, conjoined at heart. And there can’t be democracy where peace is on leave. And this is not about who won or lost in Edo. It is about the foundational demon in charge of this crazy nation. What we have is a reign of demons – demoncracy, not democracy. Nobody had to die in any election but one woman was reported shot dead on Saturday in Edo by hoodlums. Is it that we cannot hold elections without bloodshed? What is the difference between what soldiers do on coup day and what we do on days of our elections? You read what those thugs did, shooting into a crowd of citizens because of power? And I have read media reports that said the polls were violence-free. So what about that dead woman? Was she not someone’s daughter, someone’s wife, someone’s mum? And what about the INEC official who was reportedly shot in Etsako East and the others in critical conditions? Why did the dead have to die – and the shot shot – because of power when even soldiers had what they called bloodless coups? Someone was shot dead and the whole world moved on. She was just a lost nail in the workshop of the devil. They say politics is war. If it is war, then it cannot be democracy. They are mutually exclusive. Who killed that woman and have they been arrested?

Let the bereaved mourn their loss and the shot nurse their wounds. There are other unpleasant stories of bullies and of a democracy in the throes of death. I heard Sokoto State governor, Aminu Tambuwal, on Sunday thanking President Muhammadu Buhari for allowing Edo people to freely choose their governor. A senior advocate said something similar to that. That cannot be good news. It is sad. It was Buhari’s whim – and his caprice – that the people’s will prevailed! Is that our own definition of democracy? What did that tell you about this democracy? It tells me Buhari’s vote is what counts in any election; that it is more than a billion votes cast by freedom-seeking voters. It tells me to ask what would have happened if the Edo poll had not been an APC vs APC election at which Abuja simply cast the winning ballot?

Let politicians continue to count their gains in the Edo election. Strictly speaking, no real politician lost in that contest. They will rebrand, regroup and rearrange the dining table. Today is the morning after the war. What can you see around you? The ruins of prebendal politics and rent-collecting democracy. I see a cannibal federation feeding on its constituents. Nothing moves – and whatever is stagnant falls into decay. This is what I saw as I passed by the Liberty Stadium, Ibadan, Sunday morning. I saw a part of the roof blown off like the bald head of a deposed king. I saw importunate weed (pun intended) everywhere. I saw indiscriminate refuse decorating the walls like smelly waist beads. I saw all of us passing by in immoral peace, seeing no sin; hearing no evil. When a monument to liberty and freedom is overthrown by weeds and waste and its roof torn by storms, what image does that evoke for you? What metaphor is that?

It is a metaphor of whatever Nigeria has done to destroy the destiny of the past – and of the future. Nigeria snatched Liberty Stadium from Western Nigeria and wantonly abused it, delivering it to waste and tears. But, if you are too impotent to husband that lady you snatched from the real man, why is it difficult for you to let her go? It is useless injecting a million doses of viagra into the flaccid soul of the eunuch. His lot is the opposite of pass lane. Nigeria is too far run down to clean up its mess. It manages nothing – not itself, not anyone, not anything.

So, it is not enough for the poor to vote and get the votes to count. For Obaseki, it is not enough to sing and dance to the beats of victory. The end should be good governance, life more abundant for the hundreds of thousands who defied rain and bullies to cast their lot with the victor. It cannot make any sense if what Edo people still have, going forward, are nagging stories of rot and stagnation – and more rot. The filth and neglect I saw with that Ibadan stadium represent our democracy. They represent the pesky creatures pretending to be our leaders. Scratch off the stolen fine paints on their sepulchral existence, you get assaulted by smelly skeletons and creepy cockroaches. Obaseki should prove that even amidst the filth and decadence of Nigeria’s dysfunctionality, it is possible to be different.