The Nigerian Communications Commission (NCC), has announced that it will soon deploy the Fifth Generation (5G) network in Nigeria, following the successful issuance of spectrum licenses for the companies that will roll out services.

It also said that the protection of interest of telecom consumers in the country would continue to be its priority. 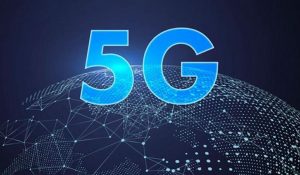 “Although, the deployment will start from the state capital and gradually extends to other areas across the state, it is important to state that, unlike 1G, 2G, 3G, and 4G, the 5G network will bring substantial network improvements, including higher connection speed, mobility and capacity, as well as low-latency capabilities to communications services in Nigeria for business and help to further open up Nigeria in the emerging global market.”

Represented by Ogbonnaya Ugama, Enugu Zonal Controller of the organisation, the NCC boss said the commission would continue to drive the remarkable digital transformation being witnessed in the economy today even as it would also to pay greater priority to how consumers are treated by the service providers.

Dambatta noted  that the number of telecom consumers has continued to increase impressively over the last few years with active mobile subscriptions reaching 197.5 million as at January, 2022 and internet subscribers exceeding 143.7 million, while broadband penetration stood at 41.61 per cent.